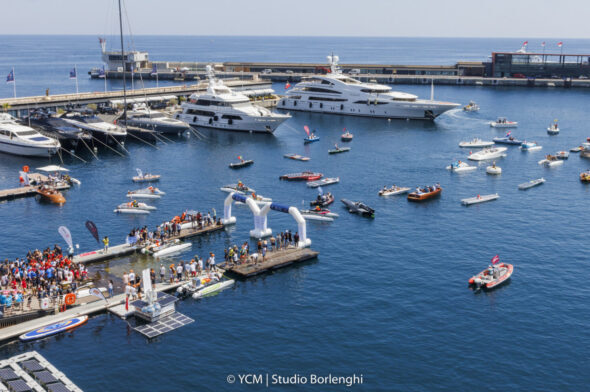 Revolutionary innovation and boating propulsion of the future have been showcased in the Principality of Monaco at the 9th Monaco Energy Boat Challenge, which took place from 4 to 9 July at the Monaco Yacht Club. There were many Italians participating, with exhibitors standing out for their innovative ideas and studies which will make boating even greener.

“If Monaco wants to position itself at the forefront in yachting – said the president of the YCM, Prince Albert II of Monaco – the Principality must support this transformation. We need to combine our efforts and share technological progress to reach our goal.”

Thirty-eight teams (21 nations), including 27 universities divided into three categories (Solar Class, Energy and Open Water), participated in this year’s iteration of the Monaco Energy Boat Challenge, including new arrivals like India (Sea Sakhti) from the Kumaraguru College of Technology.

Nearly 50% of the teams adapted their designs to reduce transport costs and their environmental footprint, putting to the test their resourcefulness on boats that can  be dismantled, folded, and in some cases, also transported in suitcases, like the Dubai Sailing Tigers team. 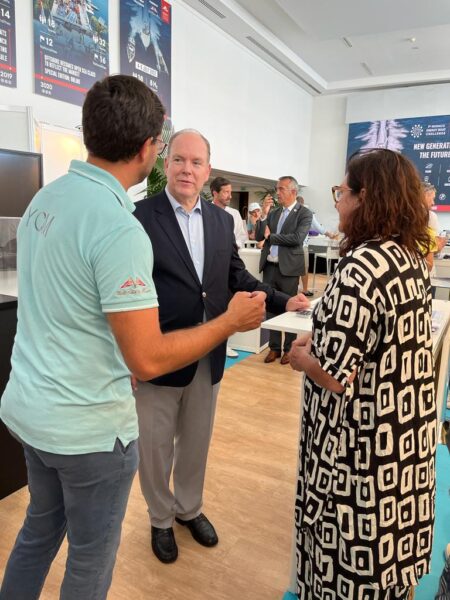 “At the Monaco Energy Boat Challenge – explained Barbara Amerio from Amer Yachts – we presented a design that consists in a boat dedicated to whale watching. We were also visited by Prince Albert II of Monaco, who we spoke to about new materials, like bio-composite, which we are researching, made of enriched basalt, bio-resin and a PET core. I was able to show him samples and the Prince was very interested in these alternative materials to fibreglass.”

Part of the Italian team was also the start up Gerris Boats, with the engineer, Massimo Verme presenting his prototype for the GerrisTender. The foil created by Gerris Boats is also being applied to a number of other sectors, like the GerrisMoto. Their crowdfunding campaign is still open and counts Amer Yacht and the Permare shipyard amongst its supporters.

THE WINNER OF THE 9TH MONACO ENERGY BOAT CHALLENGE

The Monaco Energy Boat Challenge is a symbol of progress and performance. In the Energy Class the winners were the Italians with Uniboat (Italy), while in the Solar Class the Sunflare Solar Team (Netherlands) won again after their success in 2021. In the Open Sea class, instead, the British Vita Lion took the award.

– New Generation Award for the team with the most actionable and innovative project: Aquon (Switzerland)

– Coup de Cœur for the exhibitor whose project obtained the highest number of votes from the Jury: Simrad/Navico (Norway) 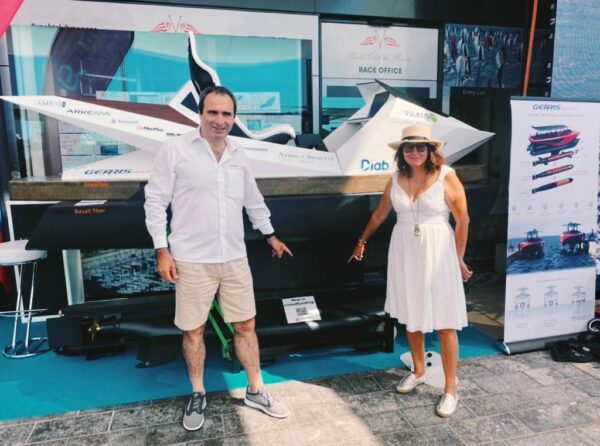 Massimo Verme and Barbara Amerio in front of a GerrisBoats prototype

Next year’s appointment with the 10th Monaco Energy Boat Challenge will be from 5 to 8 July 2023. Before then, yachting professionals will meet again for the 2nd Monaco Smart & Sustainable Marina Rendezvous (25-26 September 2022), focusing on building a carbon-free future, not only for yacht and boat building, but also for infrastructure and storage.