Articolo di Redazione
Daily Nautica » Boating in a Portrait » Fulvio De Simoni: “There are a lot of first boats: the first in the studio where you learn, the first in your own studio, the first you created on your own.”

Fulvio De Simoni, originally from the Cinque Terre, began working as a designer in Milan after his studies. In 1983 he founded Italprojects, a studio specialised in pleasure boating.

Throughout his long career, filled with numerous designs and awards in Italy and internationally, he has worked in partnership with well known shipyards like Pershing, Rossinavi, Mochi Craft, Ilver, Antago, Filippetti, Raffaelli in Italy; Gallart and Astondoa in Spain, Ocea and Simonneau in France, Trojan in the U.S.A, Inace and Tarpon in Brazil and many more.

He is one of the most famous pleasure boat designers working today. In his designs, he has always aimed, thanks to his original concepts, at making innovative and diverse creations. His anti-conformist behaviour is clearly reflected in his designs.

His initial inspiration, the result of a vast multidisciplinary set of skills, is followed, in his designs, by a long and attentive refinement and optimisation phase, defining every detail, helped by a valid team of partners belonging to a new company which from 2016 has taken on his name: Fulvio De Simoni Yacht Design.

Mr De Simoni, how did you first come into contact with boating?

When I was very young, at 13 in Monterosso, I had my very first boat, a 3.80 metre launch. Since then the sea has always been a part of my life.

What are the elements that an architect needs to consider and keep in mind when working on the design of a new vessel?

I have to say that it is important to know what it will be used for, whether it is a series vessel, or a one-off. For a custom design the client’s requirements are the most important. In a series, the shipyard’s skill set and interpretation of the market demand are the main ingredients.

How much and how do the client demands influence the design? Are they respected in full or is there space for the designer to be creative?

Client needs are often stimulated by the proposal of the designer. Throughout the development of the design, the ideas and choices of the client, whose expectations are proportional to the investment, can lead to limiting the designer’s creativity.

You never forget your first boat. Do you remember the first one that you designed?

There are a lot of first boats: the first in the studio where you learn, the first in your own studio, the first you created on your own. I remember the first one I made in the first studio, a 10 metre 80 sail boat, wider than all the other boats being made in 1976.

What is the design you are closest to and why?

The Pershing 88′. For the personal satisfaction it gave me.

Outside of your job, what is your relationship with the sea?

I have a 21 metre boat, which I designed, of course, then I have an 8 metre dingy, and am trying to buy a wooden skiff, in order to be able to do a bit of coastal navigation along the Cinque Terre, like I used to. 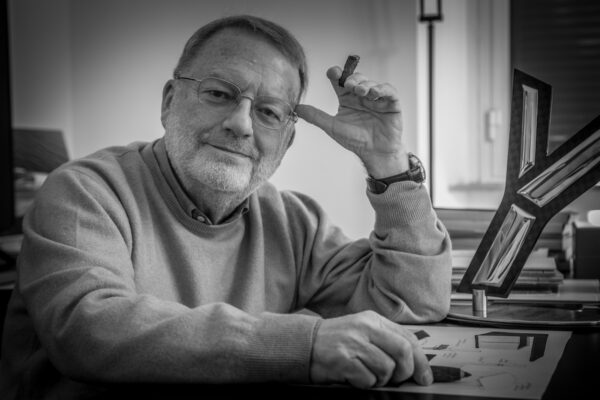 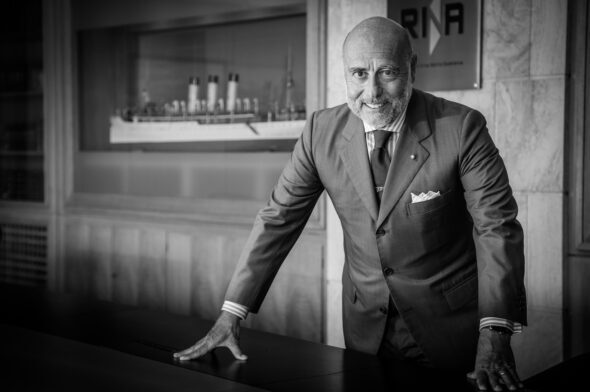