Boating in a Portrait | Alberto Amico: “My father passed on his love for the sea with our boat outings. My family is the best crew”

Alberto Amico was born in Genoa in 1963, he is married with three children and deeply loves the sea and fishing, and he is a qualified captain for pleasure craft. His family history has its roots in shipbuilding, from the early 1700s in Loano.

Guido Amico, his father passed on his love for the sea, its trades and its values.

In 1988 he graduated with honours in Electrical Engineering and Automation from the University of Genoa. After working for a year in a naval engineering company, in 1990 he started working in the family company, Luigi Amico srl, founded in 1885, working in ship repairs in the port of Genoa. In 1990 he foresaw the potential of the rising market for large yachts and designed the layout of an innovative shipyard working in the refit sector. In 1991, with the support of Guido and his sister Alessandra (still working by his side in the company), he founded and managed the shipyard Amico & Co, dedicated to the repair and refitting of super yachts, while in 2010 he opened a second shipyard, Amico Loano, in the western Ligurian Riviera.

Still leading the two shipyards today, in the role of President and Senior Manager, Alberto Amico has brought the name Amico to the top tiers of the refit sector in the world, thanks to a business vision based on innovation, quality, efficiency, promotion of human resources and the skills of Italian manufacturing.

Mr Amico, how did your father Guido make you love the sea so much?

Our whole family’s life has been tied to sea trades and living on the sea, for at least two centuries. From when I was born, my father and my entire family have spent a large part of our holidays and free time  at the sea. Life on a boat and sailing the Mediterranean have been a school of life skills and values. My father passed on his passion to me, to my sisters and for as long as he could, to his grandchildren, by simply sharing boating experiences together.

Life on board and travelling the Mediterranean taught us how to be together, to be a team, and all the values necessary to make life on board pleasant: humility, bravery, respect for hierarchy, sacrifice and work, love for nature, interest in discovering new places and cultures, and occasionally doing a bit of fishing.

When did you understand that shipbuilding would become your future?

I grew up surrounded by ship repairs. When school allowed, fuelled by curiosity, I always kept up with the workplace and ship maintenance.  The repairs and maintenance of the family boat during the winter and summer were the training ground for me and I learned a number of trades, as an apprentice to my father, working in mechanics, woodworking and painting. The inevitable small injuries were frequent, and my father, a man of few words, would say to me: “It is the trade going into you.”

Childhood dreams to the side, I always thought I would follow in the family footsteps with ship repairs. However, during the 80/90s the industry in Italy and Genoa went through a profound crisis and reshaping. It was in that period that the idea of putting together the traditions of shipbuilding with the passion for boating and the sea came to me, giving life to the project, Amico & Co: creating in Genoa a shipyard dedicated to the repair of  medium and large pleasure craft, following on new international trends.

In Genoa, where there was a high concentration of professionals and trades tied to marine traditions, repair services for large yachts were practically non-existent. Pleasure boats could not enter the Port of Genoa if not to go to the YCI or in a small part to the west of the port, and boating was not well accepted by port operators or the local government.  We had a long road to becoming the top port in the Mediterranean!

In 1990 you had already foreseen the potential of large yachts. Do you consider yourself to be an innovator in the shipyard sector? Why?

The gamble was to create a shipyard for a foreign market that was not yet in existence in Italy but was growing in the rest of the world (especially in France). In this sense, it was practically an invention. Innovation has continued to be a distinctive element of Amico & Co., innovation in our business model, in working processes and, above all, in infrastructure: the three travel lifts we made were, at their time, the biggest and most powerful in the world, in a race for growing sizes in the market.

Amico was the first in the Mediterranean to carry out repair and maintenance under cover in warehouses equipped with all the services for air filtering, with great care for quality, efficiency and environmental sustainability; the boats undergoing works are connected to ground electricity and connected to collection and waste systems, with a nearly zero environmental impact level.

What is the philosophy you follow now in your business and that you want to transmit to your employees?

Bringing together the reliability of a family-run company with work organisation created for client management, with high quality standards. The quality of human resources and teamwork have created a working environment and ecosystem which has expanded to the many partner companies that make our shipyard stand out from many others. We have a team of young qualified and motivated individuals, and together we try every day to improve and garner a reputation among our clients, in a market that is as big as the world itself.

Outside of your job, what is your relationship with the sea?

I have a 42 foot fisherman that I spend almost all my free time on at sea, involving my family, which is the best crew, for both boating and fishing.  All three of my children have also caught the bug.

The days out in open sea or in roadstead give you enjoyment and more than just happy memories, they give you strength and life lessons. Last year we sailed for 45 minutes surrounded by dolphins, with a family of three that played with my daughter who was sitting on the dolphin striker on the bow. It is a natural consequence then that a great love and respect for nature begin to grow, as well and a desire to try and preserve this immense and delicate heritage. 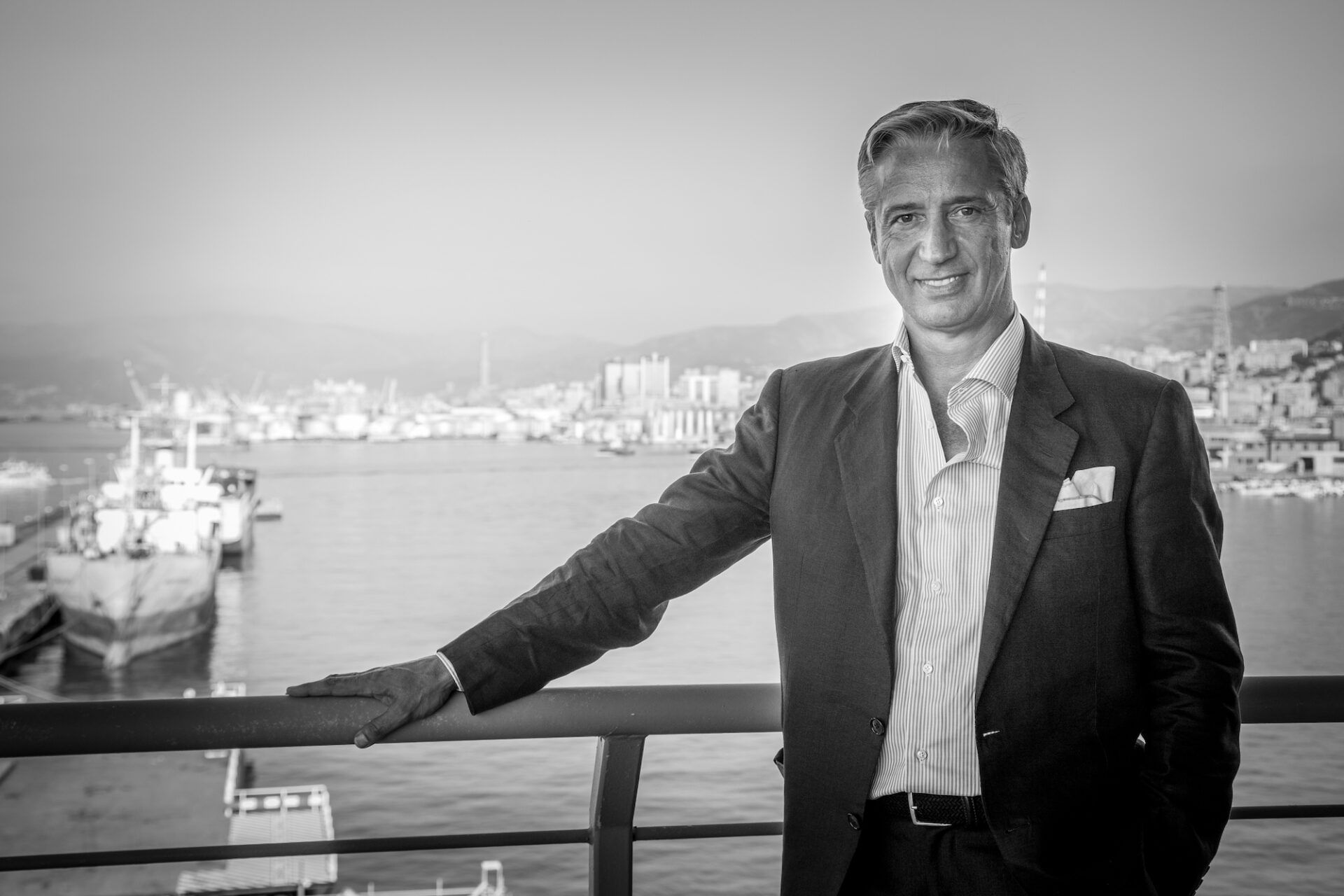