The launch of the second AC 75 Luna Rossa in Auckland. The godmother is Tatiana Sirena, Max’s wife

The second AC 75 Luna Rossa was launched in Auckland, in the presence of the families of the Luna Rossa Prada Pirelli team and a close group of friends and associates working with the team in New Zealand

The second AC 75 Luna Rossa was launched in Auckland, in the presence of the families of the Luna Rossa Prada Pirelli team and a close group of friends and associates working with the team in New Zealand.

The ceremony was simple and familiar, with the blessing of Luna Rossa given by “Pa” Peter Tipene, dean of the Auckland Cathedral, followed by the vessel’s baptism. Breaking the bottle  of Ferrari Maximum Blanc de Blancs from the Ferrari winery, ‘sparkling partner’ of the team over the bow, was Tatiana Sirena, wife of the skipper and team director, Max Sirena.  Accompanying the launch was the local community of Maori with their traditional rituals dedicated to this type of occasion.

The hull, built by the shipyard, Persico Marine in Nembro (Bergamo), arrived in Auckland on 6 October on an Antonov cargo plane, the biggest transport plane in the world. In the few days that separated the arrival of the vessel and the launch, the foil was installed in record time, along with the onboard systems and instrumentation, so as to be ready to set sail as soon as the load tests are completed.

“Barca 2” is the natural evolution of the previous design, modified based on the data collected during the intense sailing period in the gulf of Cagliari and processed by the design team in partnership with the sailing team, which was fundamental for this development process. Even on the new hull, like on “Barca 1”, new technology designed together with Pirelli is being used. Among these, thanks to the company’s skill in creating new materials used in the tyre industry, is a component that, in the parts in contact with the water, helps during top speed.

For the first time, the AC 75, the vessel class used during the 36th America’s Cup, will compete in the field in Auckland for the Prada America’s Cup World Series and the Prada Christmas Race, to be held from 17 to 20 December.

From 15 January 2021, the competition begins with the Prada Cup (15 January – 22 February 2021), the selection races for the challengers determining the team that will compete against the Defender, Emirates Team New Zealand, in the Final Match of the 36th America’s Cup, from 6 to 21 March 2021.

“Firstly, I would like to thank the Persico shipyard – said Patrizio Bertelli, president of the Luna Rossa Prada Pirelli team – and their entire staff for being able, in spite of current difficulties, to respect the delivery times and allow us to use this second vessel, the evolution of the first in a number of aspects.”

“I would also like to thank the entire team – added Bertelli – they worked day and night, fulfilling all roles, in order to be ready to launch today, respecting our schedule. In a few short days we will already see ‘Barca 2’ sail and will have the first impressions, which I am sure will live up to expectations, and shortly our first races.”

“I would like to commend the entire shipyard team – noted Marco Tronchetti Provera, Pirelli executive vice chairman & Ceo – for the new boat which encompasses the experience of these first few months of training and practice. I am proud to say that on board there is also Pirelli technology, the result of our ability for continual innovation that allows us to compete in high level sports like Formula 1. It will be great to see Luna Rossa fly the Italian flag during the America’s Cup. I would like to wish the Italian team fair winds”.

“Today is an important day – said Max Sirena, skipper and team director for Luna Rossa Prada Pirelli – for our race for the 36th America’s Cup. The launch of the second Luna Rossa is the crowning achievement of more than 3 years of work by the team and all our partners. Everyone feels how important this moment is: and now the games begin.”

“I want to take this opportunity – concluded Sirena – to thank the entire team for the work they have done. From now on we will no longer be masters of our own time, the countdown to the first race has begun. I would like to thank Patrizio Bertelli for taking us this far, Mario Tronchetti Provera and all our sponsors and partners. The plan is to begin sailing a few days after the launch to train for the first race, the ACWS in Auckland and the Christmas Race”. 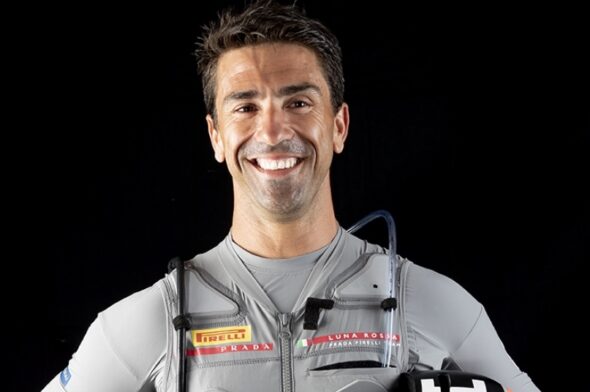 morrow Luna Rossa is in the final of the America’s Cup. The Ligurian, Michele Cannoni talks to LN: “Winning will be hard but we will do our best”

Interview with the captain from Recco, Michele Cannoni, born in 1977, on the eve of the oldest and most famous race in the history of sailing 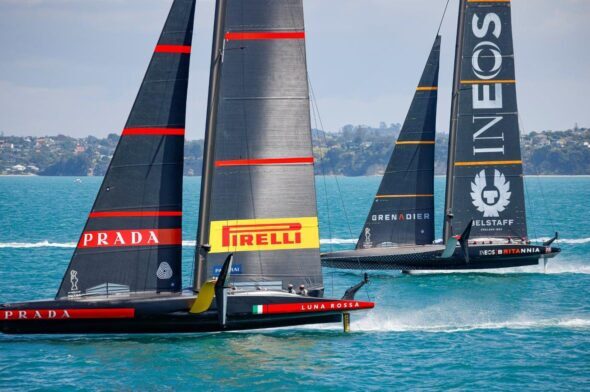 Luna Rossa against Ineos: the last race to find the challenger of the America’s Cup

The last leg of the Prada Cup takes place on Saturday 13 February, the competition that will choose the challenger for Team New Zealand in the next America’s Cup. The difference between the two boats 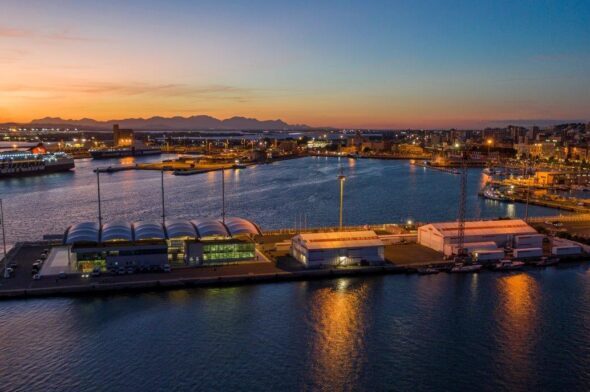 After three years Team Luna Rossa Prada Pirelli leaves Cagliari to move to New Zealand, where it will compete in the 36th America’s Cup. Max Sirena thanks the city and Sardinia. The boats are being transferred by cargo ship and by air 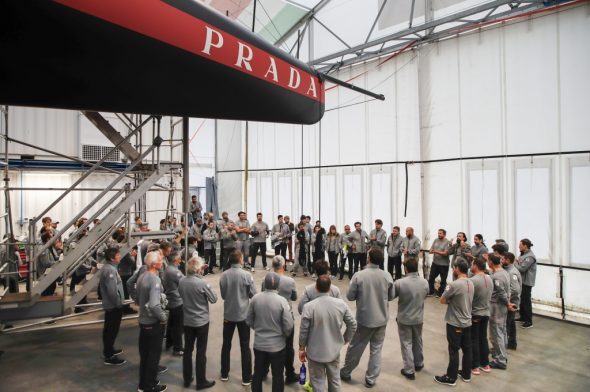 Coronavirus, the Luna Rossa team takes a pay cut and purchases ventilators for hospitals in Sardinia

In one week the Cagliari leg of the America’s Cup World Series was supposed to take place. The Luna Rossa team took a pay cut and purchased ventilators for hospitals in Sardinia