Daily Nautica » Design » Mr Verme to LN: “Our adjustable height hull is ideal for use as a water taxi for the disabled”

Mr Verme to LN: “Our adjustable height hull is ideal for use as a water taxi for the disabled” 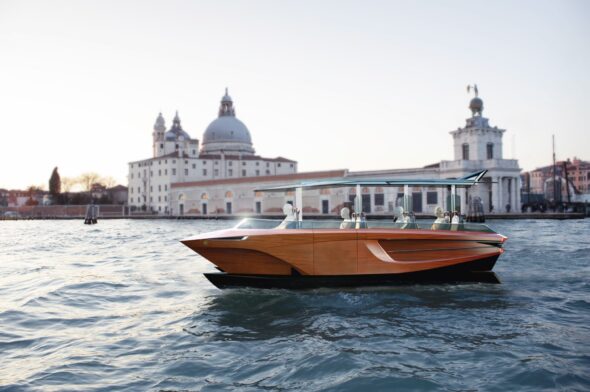 This original vessel, whose name derives from the water strider, an insect that can walk on water (especially in lakes), is characterised by a submerged body, wings allowing it to “take off” and a mobile hull system, all elements that make it stand out in the field of watercraft hulls.

Created from the outset to have a full electric configuration, with variants in hydrogen (storage in the submerged body), it offers low resistance giving it longer electrical autonomy, it creates a limited amount of waves, even at low speeds, and not only in flight, like foil hulls, superior stability against rolling at anchor, or at the dock, and the option to regulate the platform, bringing the walkway to the same level as any pier.

In particular, these last two points are fundamental in the “taxi” and “water-ambulance” versions of this hull, because they allow for the easy transport of people with disabilities, or serious motor difficulties and the easy embarkation (laterally) of a gurney. Because of its accessibility, therefore, the taxi-boat based on this platform has a high social value and, thanks to its reduced environmental impact, it could also be an extremely useful solution for public transportation in lakeside areas or cities like Venice and Amsterdam.

However, like every kind of innovative technology, the GerrisBoats design does have its limits. Indeed, although being able to reduce its draught when still, thanks to the mobility of the lateral hull, makes it more competitive compared to other foiling solutions of the latest generation, because of its height “above water”, the vessel may not be able to access canals that are crossed by bridges.

The design has had two invention patents deposited and its development is currently in the social objectives of an innovative start-up created in February specifically for this objective, financed at the moment by  its inventors, Massimo Verme and Roberto Rossi. Soon the social group will be extended to a number of supporting members, from industry and boating managers to universities and associations for the disabled, as well as other companies interested in developing this great potential.

Mr Verme, your design has a foil to “race”, but the real innovation is in “staying still” and stabilising the boat when docked.

Yes, exactly. At reduced speeds, the two lateral hulls and the submerged torpedo allow the hull to rise up out of the water, consume very little and, one of the important elements of this design, create very little wave. During navigation, the lateral hulls reduce the impact with any higher waves, increasing safety and stability on board. At higher speeds, they also work on the foil, the four wings located along the hull.

But the real innovation is in raising the hull when the boat is at a standstill, so as to bring the walkway to the same height as the pier or dock, thereby eliminating the difference in level. This becomes fundamental for embarking or disembarking disabled persons, or pushchairs for children. But also for an ambulance, that needs to embark a patient on a gurney. Or even, more simply, a lady dressed up for the evening wearing heels.

How did this idea come about?

We started with the submerged torpedo. Then we added the wings. But we still had the problem of excessive draught. So we came up with the idea of lateral hulls, that can be raised and lowered, creating the real added value. We thought of an efficient hull, especially at low speeds, right when everyone is turning to foils. We don’t need to go fast, but we do need to guarantee a service where, especially if the engine is electric, we consume little and make smaller waves.

In Amsterdam, the speed limit is 12 km/h. Venice have severe restrictions on wave movement. The solution, therefore, is the submerged hull: the more it is submerged, the fewer waves it generates during navigation. We then added the wings to keep the boat out of the water. But the real idea is that of raising and lowering the hull to resolve the draught problem.

Now we need to turn it into a reality.

We want to transform a rendering into something a little more substantial. Among our partners is also the paralympic athlete, Vittorio Podestà, a paracyclist, and we want to also involve other associations for the disabled. The best use of this vessel is as a water taxi fro the disabled. But it could also be used as an ambulance, or for other applications. In France, for example, vessels will no longer be allowed in roads. There will be buoy fields and a unit of this kind could be used as a tender between the boats and buoys and land.

There are an infinite number of possibilities. The submerged torpedo, for example, could be used to store hydrogen for engine propulsion. But these are technical issues.  We surprised everyone by focussing on accessibility.  The first patent has had a positive research confirmation and will soon be awarded. We could have created yet another futuristic yacht, but decided to do something socially positive instead, and a number of companies, people and organisations are supporting our design. 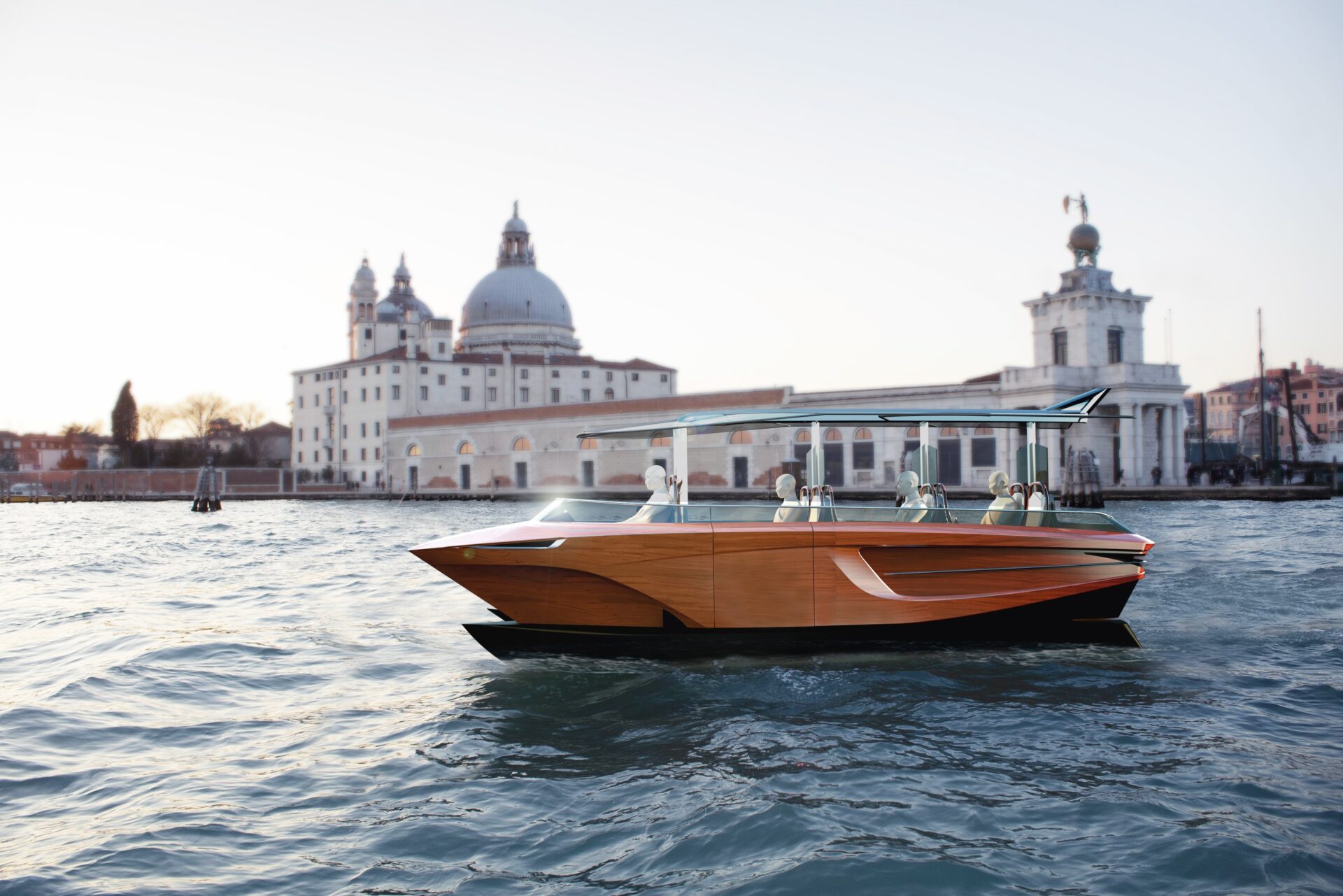 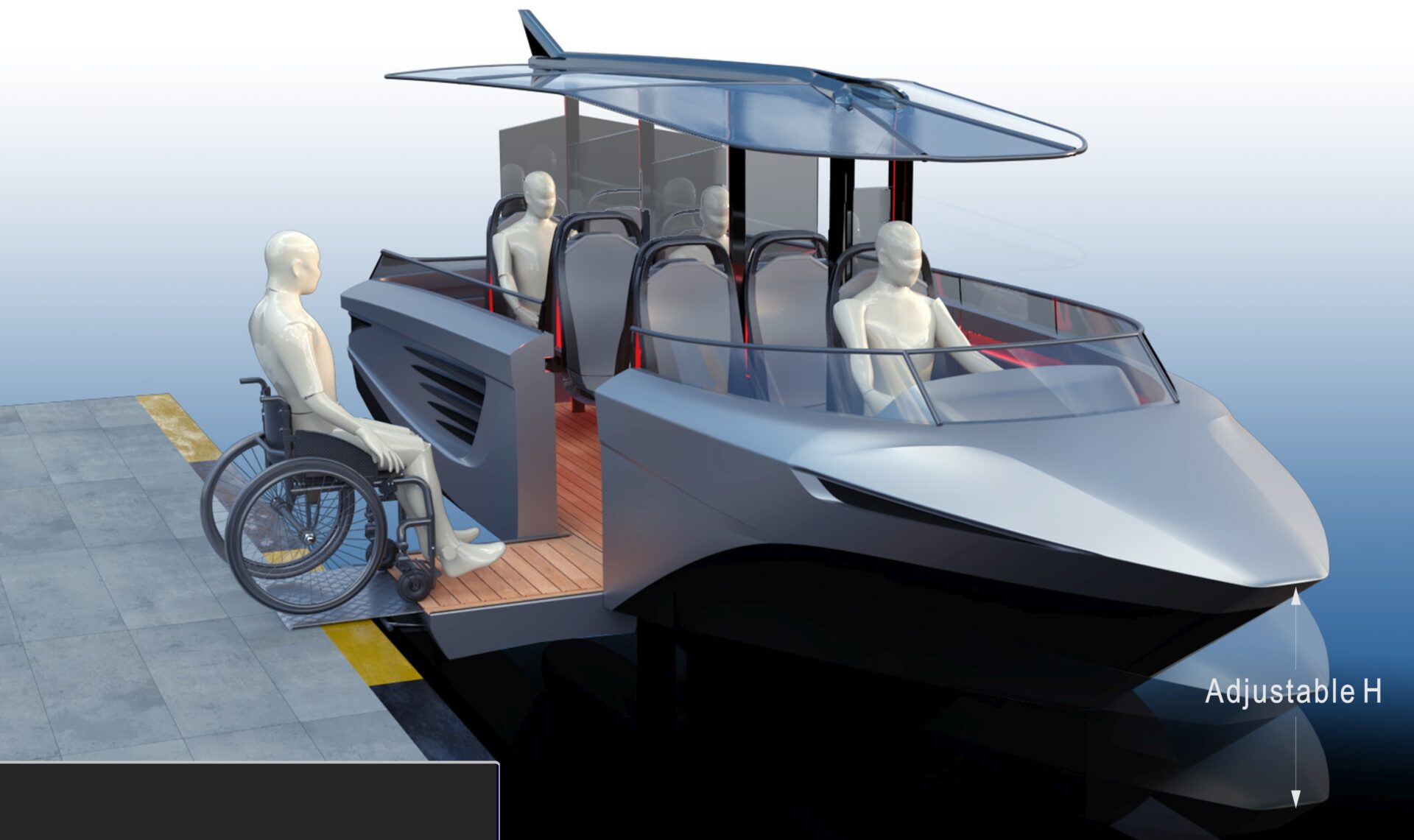 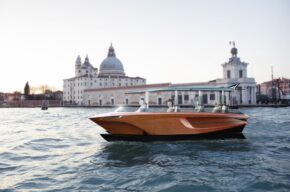 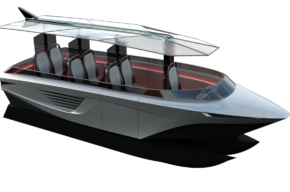 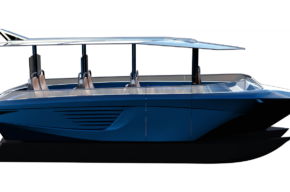 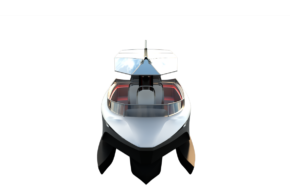 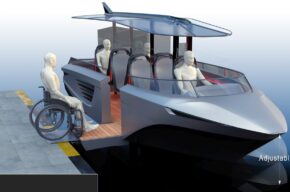 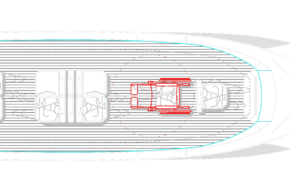 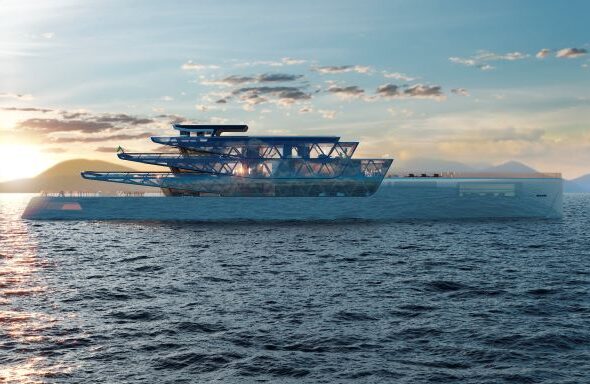 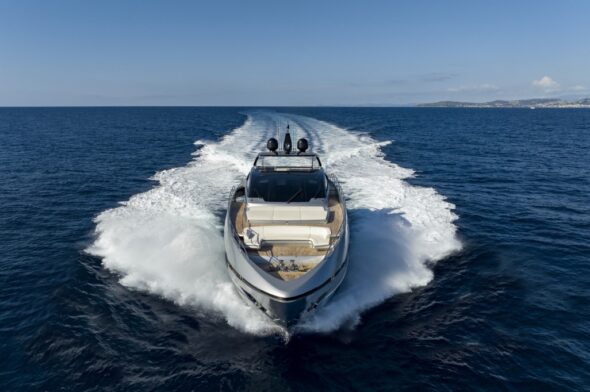 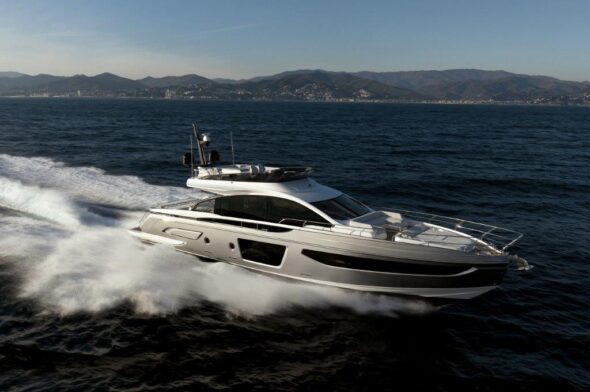