The 80-metre mega yacht “Galactica” clears a bridge by just 12 centimetres: the video

After four years under construction, the 80-metre mega yacht, “Galactica” left the Heesen shipyard. The maiden voyage along the Dutch canals was a sight

The 80-metre mega yacht, “Galactica”, built by Heesen Yachts is already a star. After four years under construction, the “Project Cosmos 80 metre” hull by Heesen, made completely in aluminium, on 14 January, left its enormous hangar in Oss, Holland, beginning its maiden voyage through the Dutch canals and rivers. Welcoming it were thousands of people crowded along the banks of the canals with cameras and drones to immortalise such an epic operation.

15 CM PER SIDE THROUGH THE SLUICES

On Saturday 15th, Galactica went through the Macharen sluice, with only 15 centimetres clearance per side, after having waited for a calm, windless day. The sluice doors were not the only obstacles it had to pass through. The Galactica was also towed under a number of bridges in very close quarters.

Before passing under each bridge, measurements were taken, thanks to the use of support boats and lasers. Galactica passed under the Heusden bridge with just 12 centimetres’ clearance between the highest point of the yacht and the deck, with surgical precision.

A CROWD COMES TO SEE THE SIGHT

The Heesen Yachts team, used to travelling and transferring their ships through the Dutch canals to the North Sea, were surprised by the number of people who gathered on the banks of the river and on the bridges to cheer on the mega yacht, and by the crowd welcoming it in Harlingen.

“The voyage from Oss to the North Sea – explained the experts who organised the transfer –  is normal for us, but seeing so many people come out to see the ship go by helped us to understand that the Galactica is, indeed, something extraordinary. It is quite a sight to see an 80-metre super yacht go through the cities, towed and pushed by expert towers, passing through narrow sluices and under six bridges with little clearance.”

A transfer like this requires 3-4 months of preparation, with a number of permits and certificates needed.  Holland is known as “Yacht Valley”: it builds mega yachts using the highest standards in the world and has an incredible network of boating professionals.

“Building large and complex super yachts is exciting – said Arthur Brouwer, CEO for Heesen Yachts – both from an engineering and construction point of view. We are incredibly lucky to have the best architects, engineers and boating artisans in the country helping us build our yachts.”

HEESEN YACHT: GALACTICA WAS AN ENTERPRISE

“Notwithstanding all the challenges caused by the pandemic – noted the CEO – we were able to keep construction of Project Cosmos, now Galactica, within our deadlines, which was no easy feat. Precision construction in aluminium, high performance, and the best in Dutch tradespeople are an intrinsic part of the DNA of this shipyard.”

“Cosmos – concluded Brouwer – is the maximum expression of our skill in building audacious designs expanding the imagination of our engineers and artisans.” Defined as “the biggest and fastest fully aluminium yacht ever built”, Galactica can reach top speeds of nearly 30 knots, also thanks to the lightness of its hull and a low drag coefficient.

The price? Usually we never say, but it appears to have cost at least 100 million euros. The lucky owner of Galactica will receive their mega yacht in April. 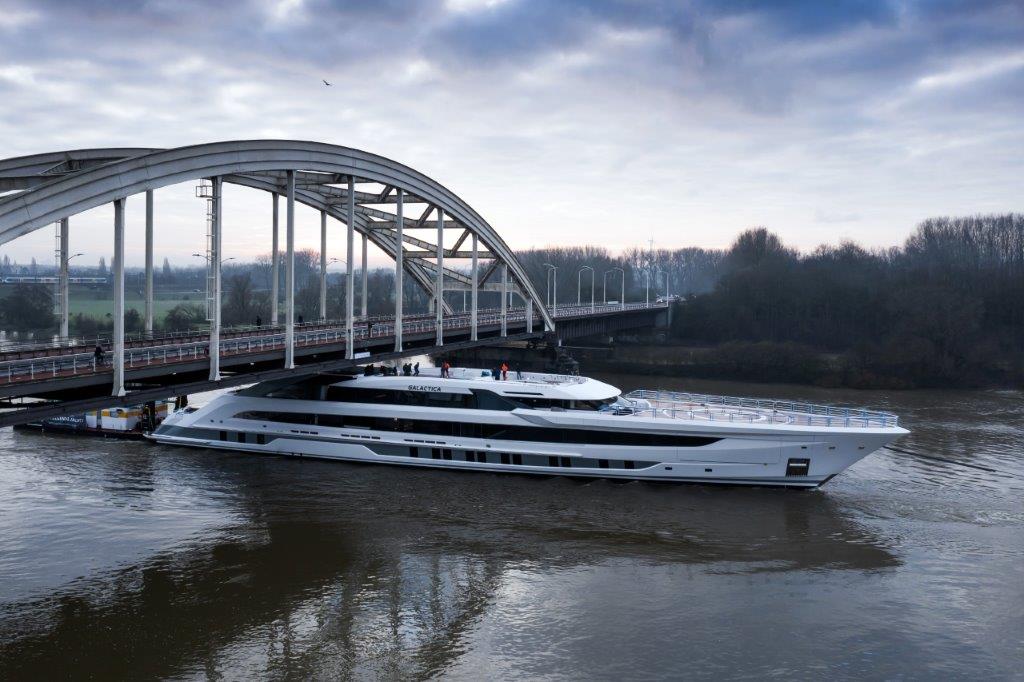 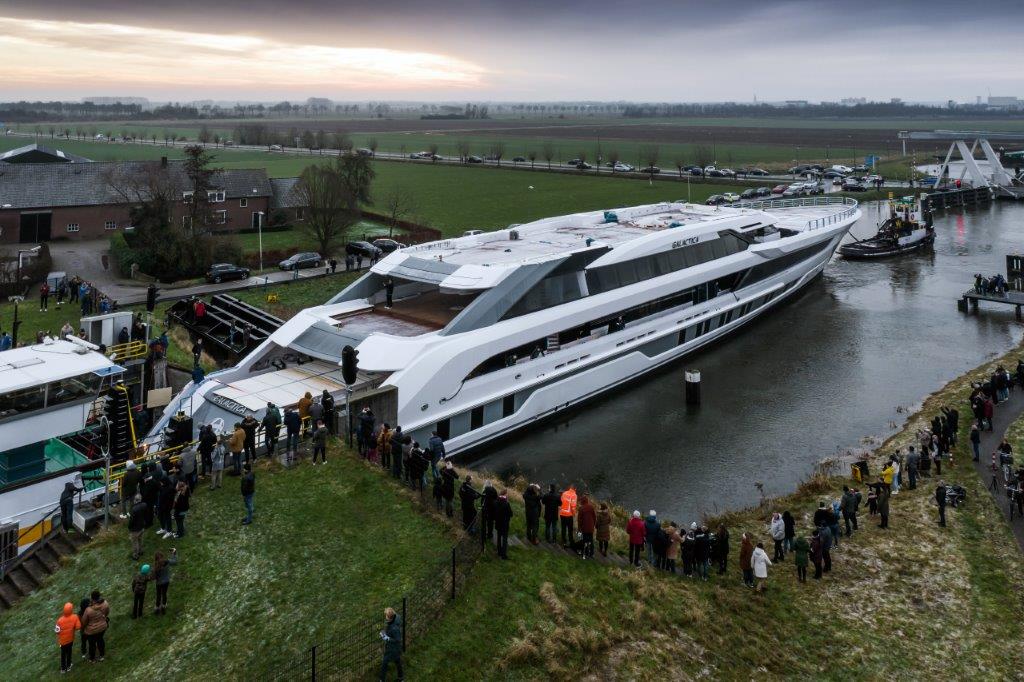 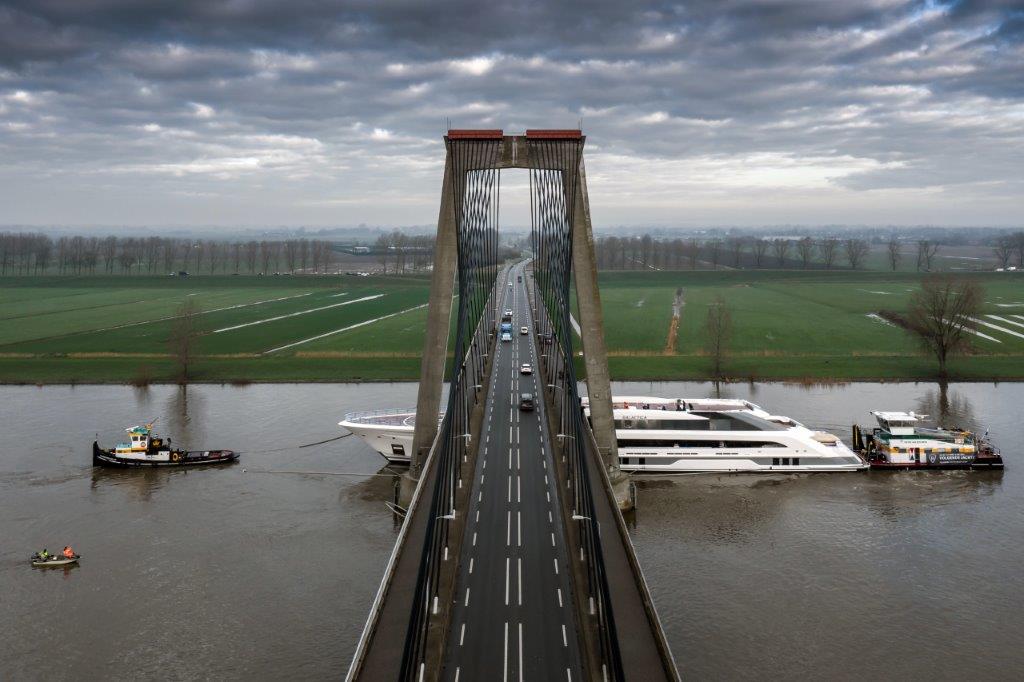 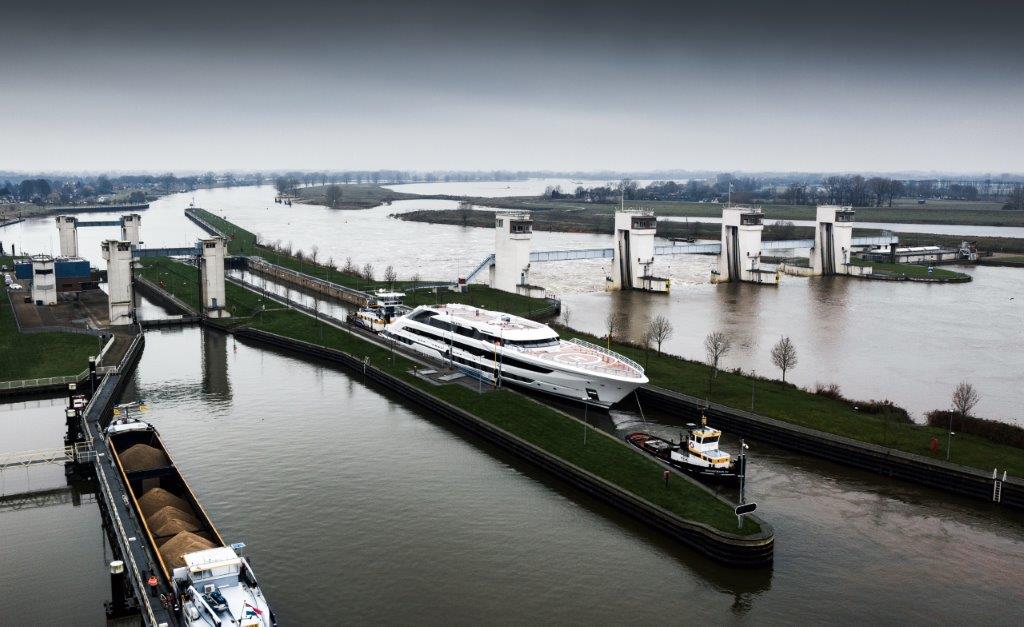 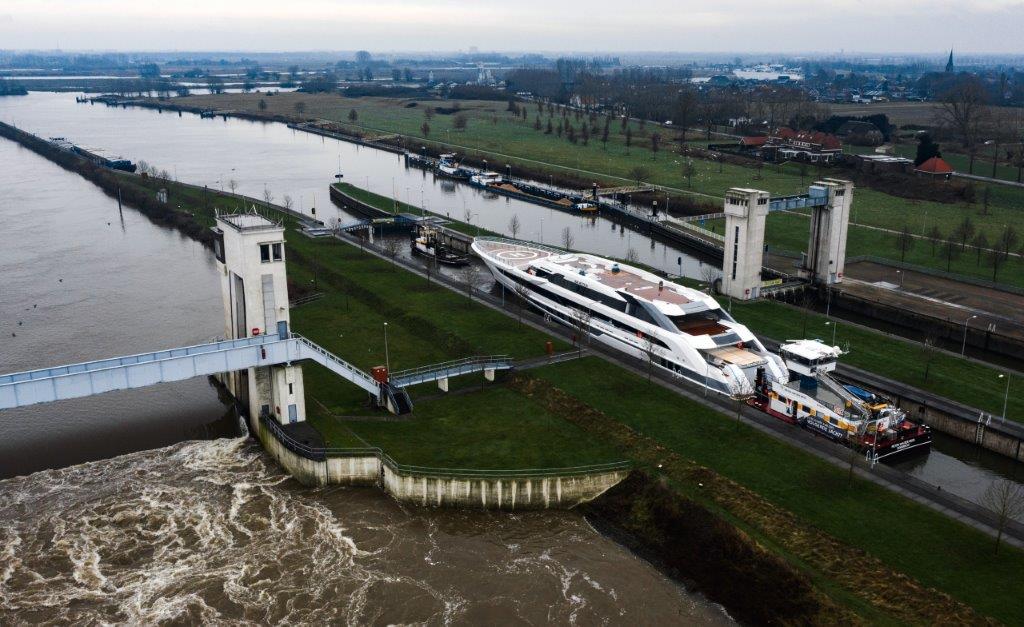 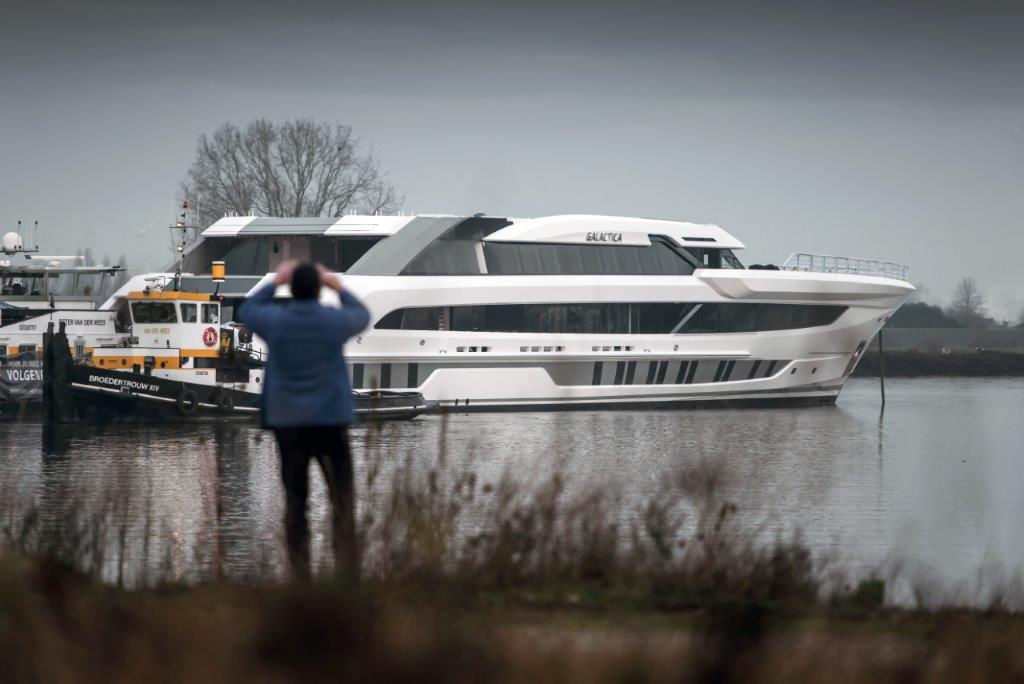 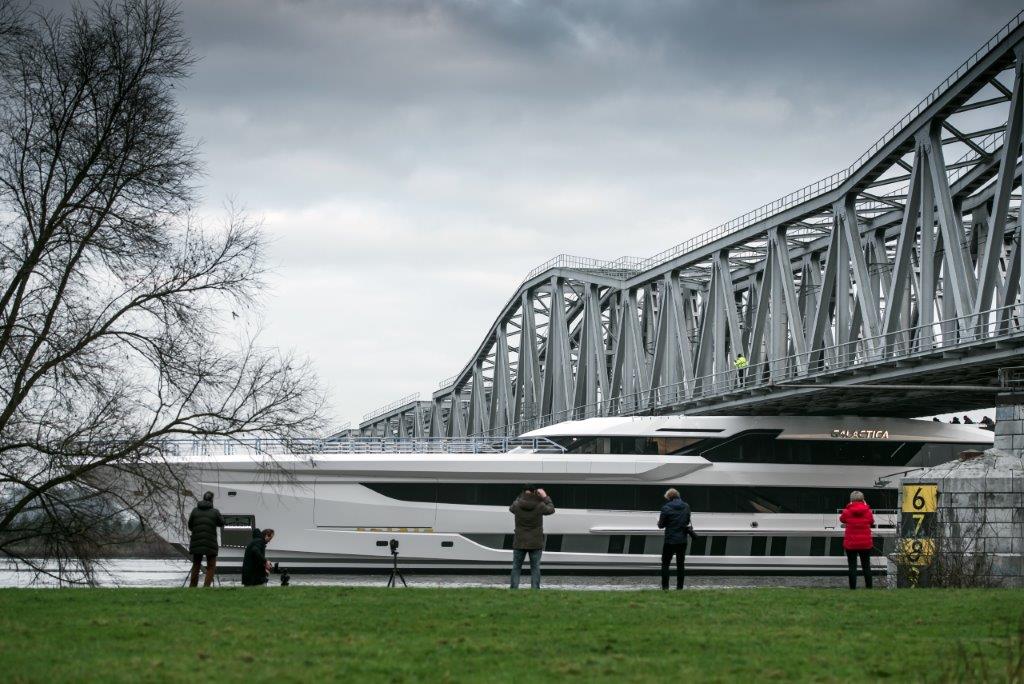 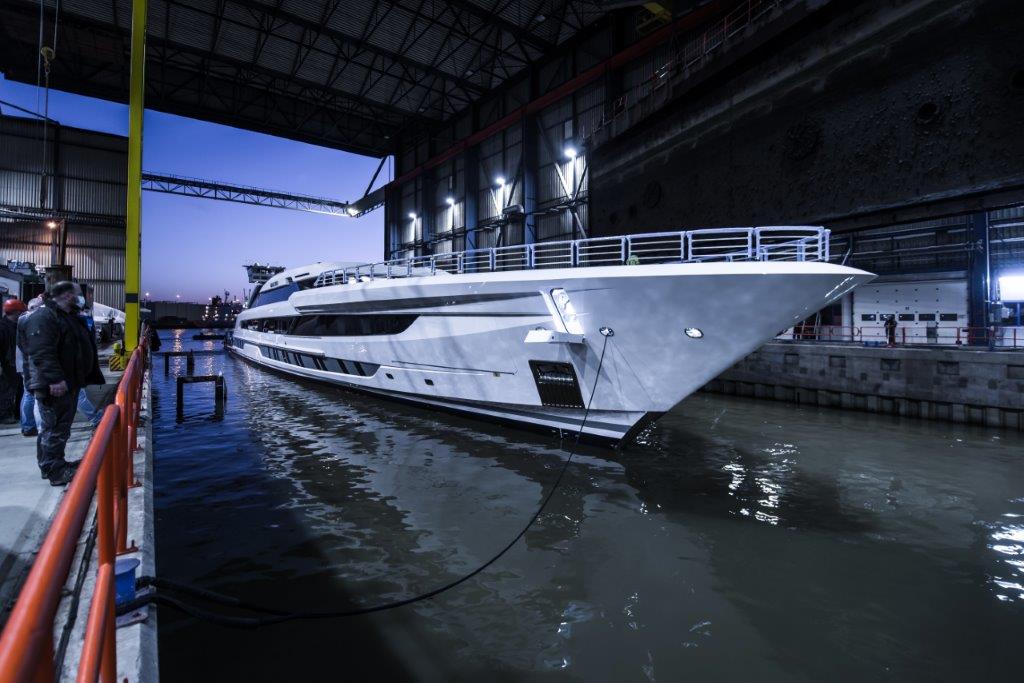 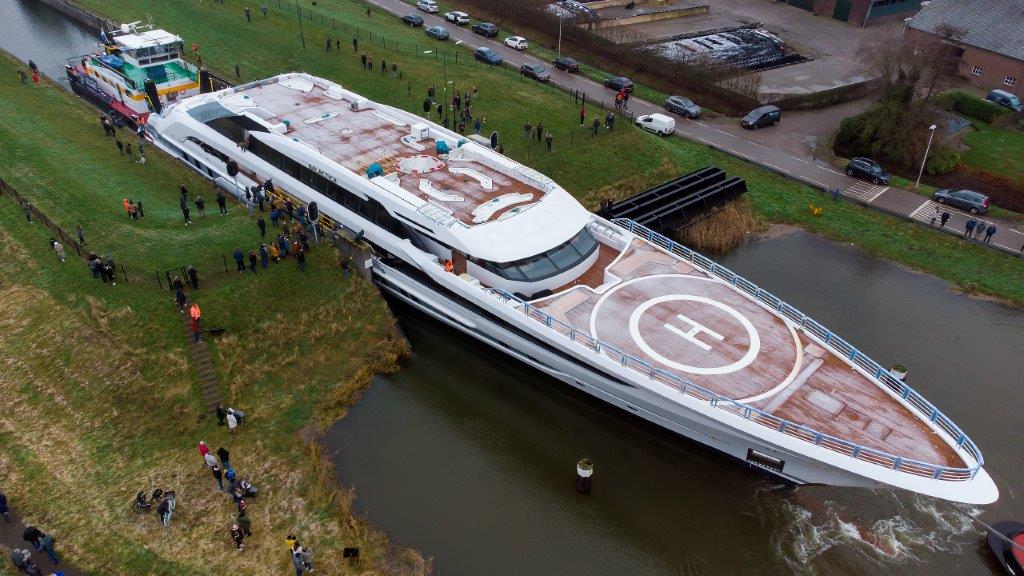 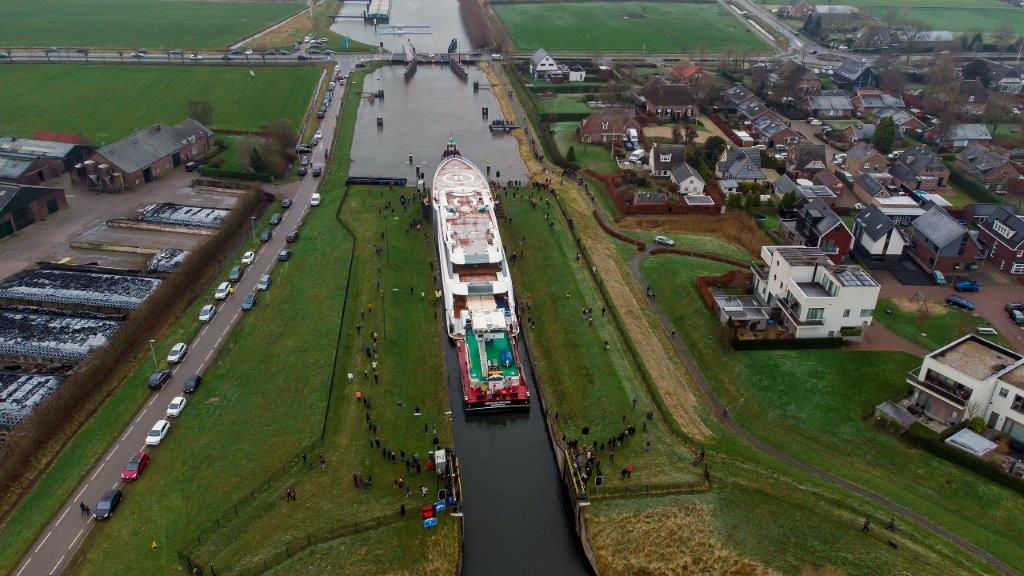 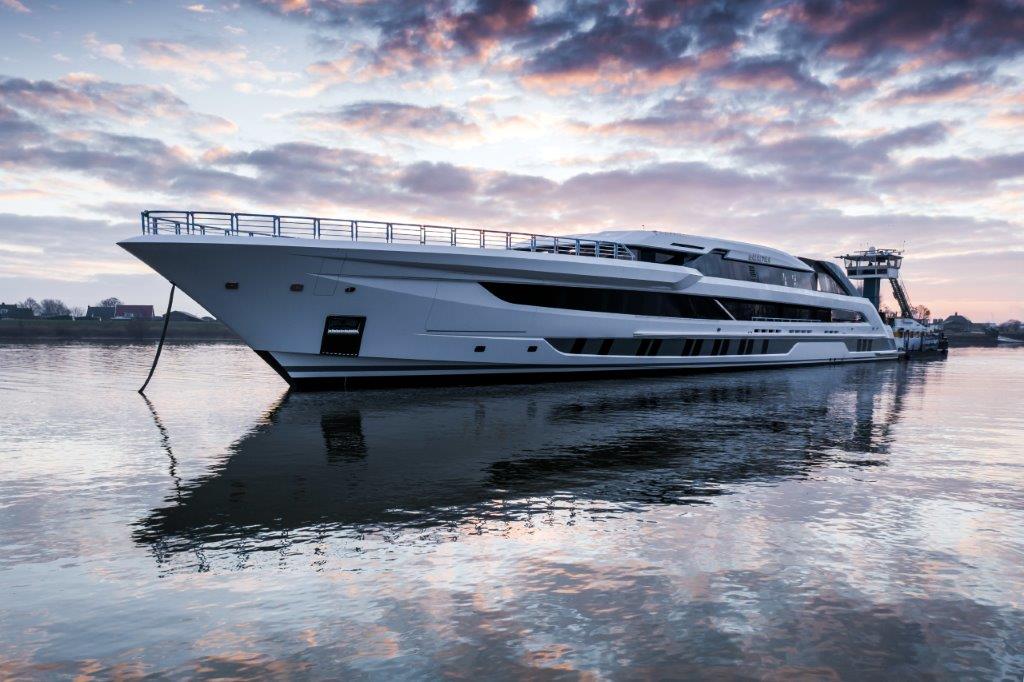 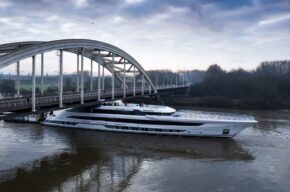 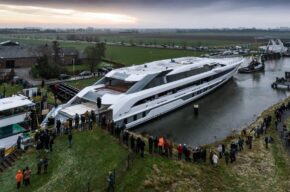 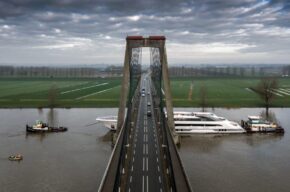 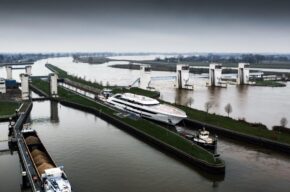 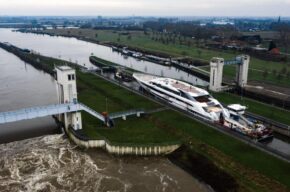 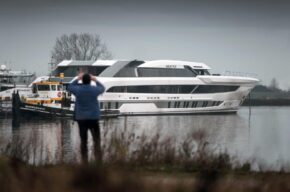 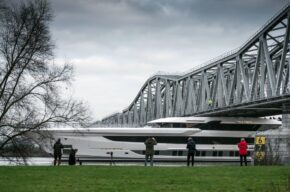 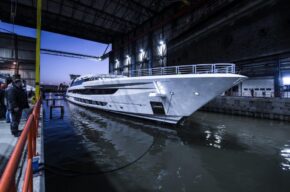 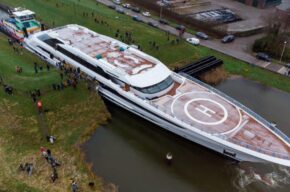 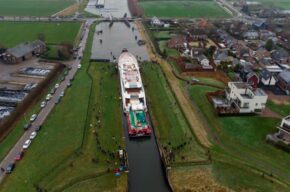 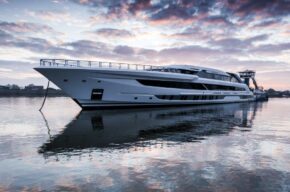 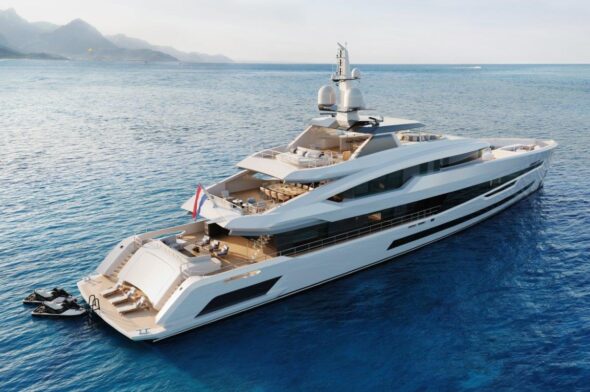 Super yacht “Akira” by Heesen: 57 metres of luxury and aluminium

The new design by Heesen is named Akira. The 57-metre long super yacht is under construction in the Oss shipyard. Fully in aluminium, it will be delivered in June 2024. 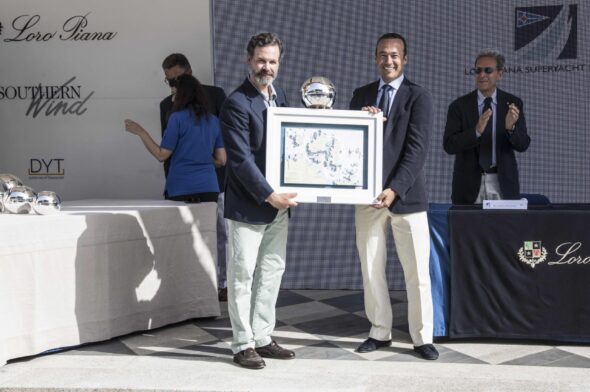 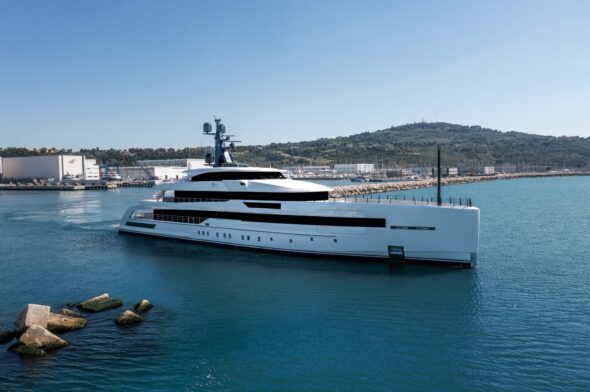 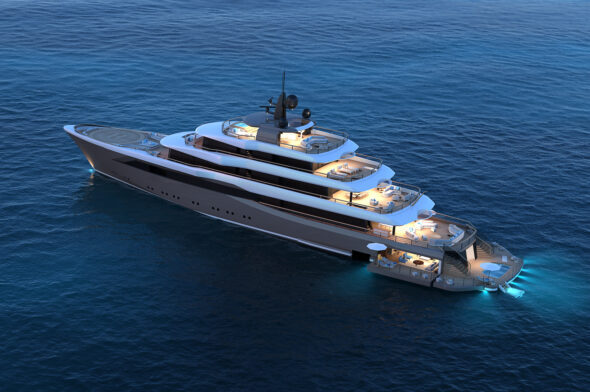