Presenting “IJE”, the 108-metre giga yacht, Benetti’s flagship at the Monaco Yacht Show Orders for 16 mega yachts between 50 and 100 metres

At Monaco, Benetti displayed Zazou, a 65-metre super yacht, and the giga yacht IJE, 108 metres, flagship of the MYS. The shipyard has announced an order portfolio of 16 yachts ranging between 50 and 100 metres 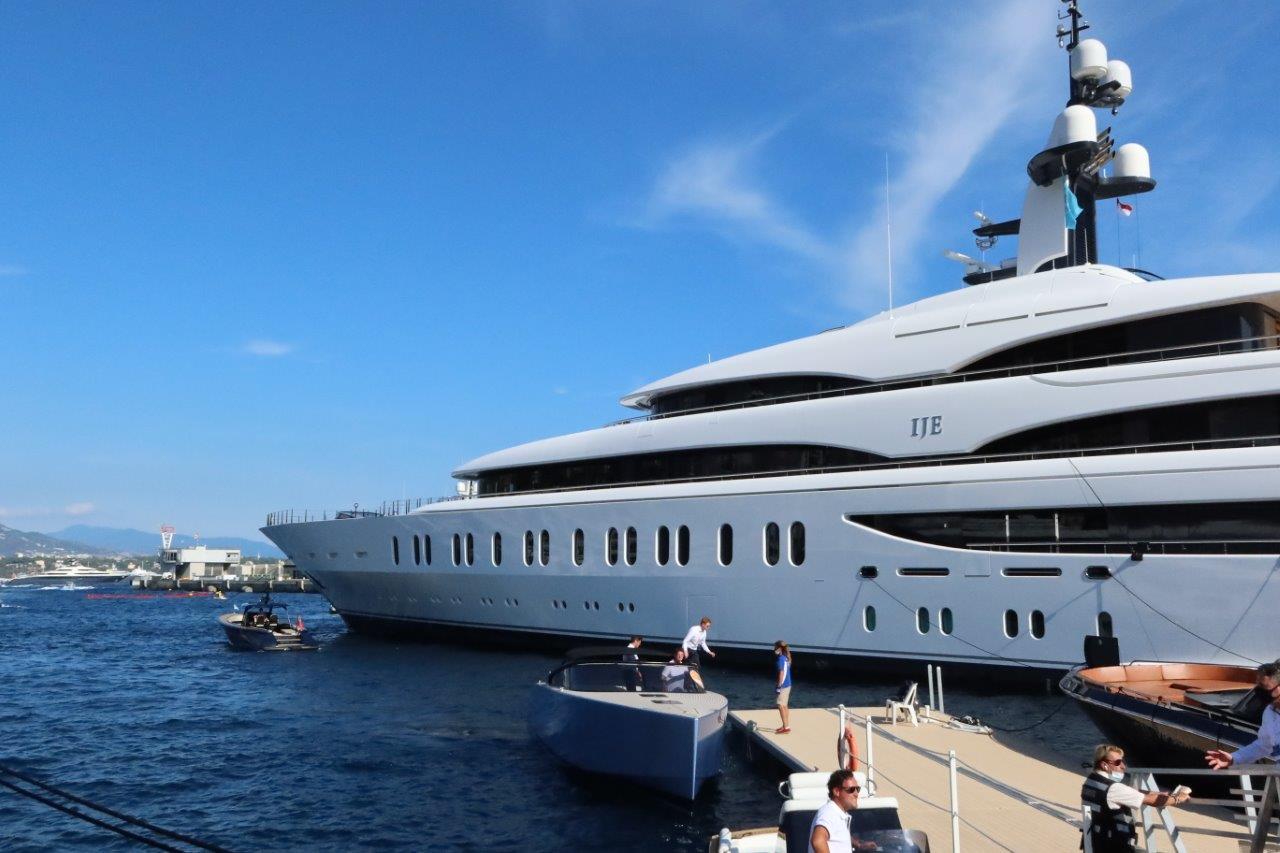 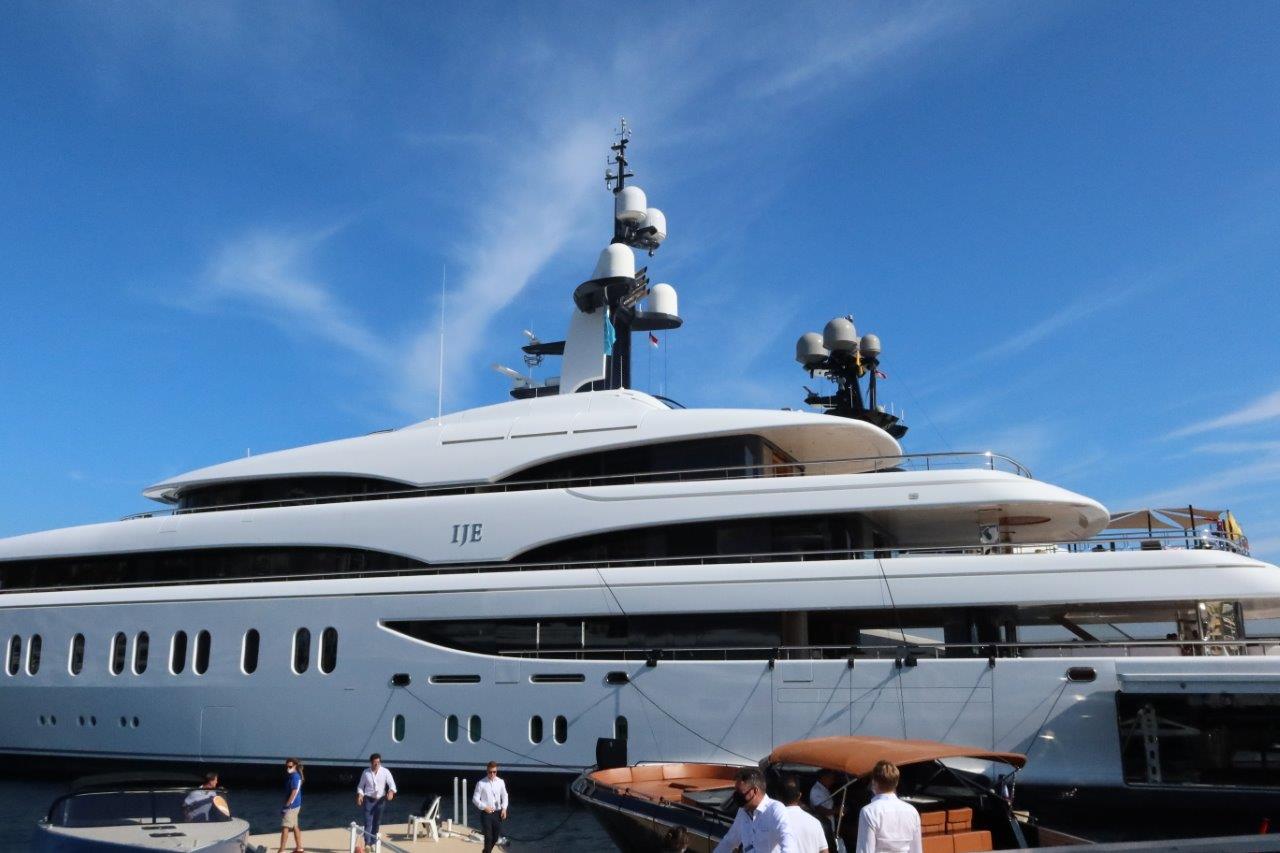 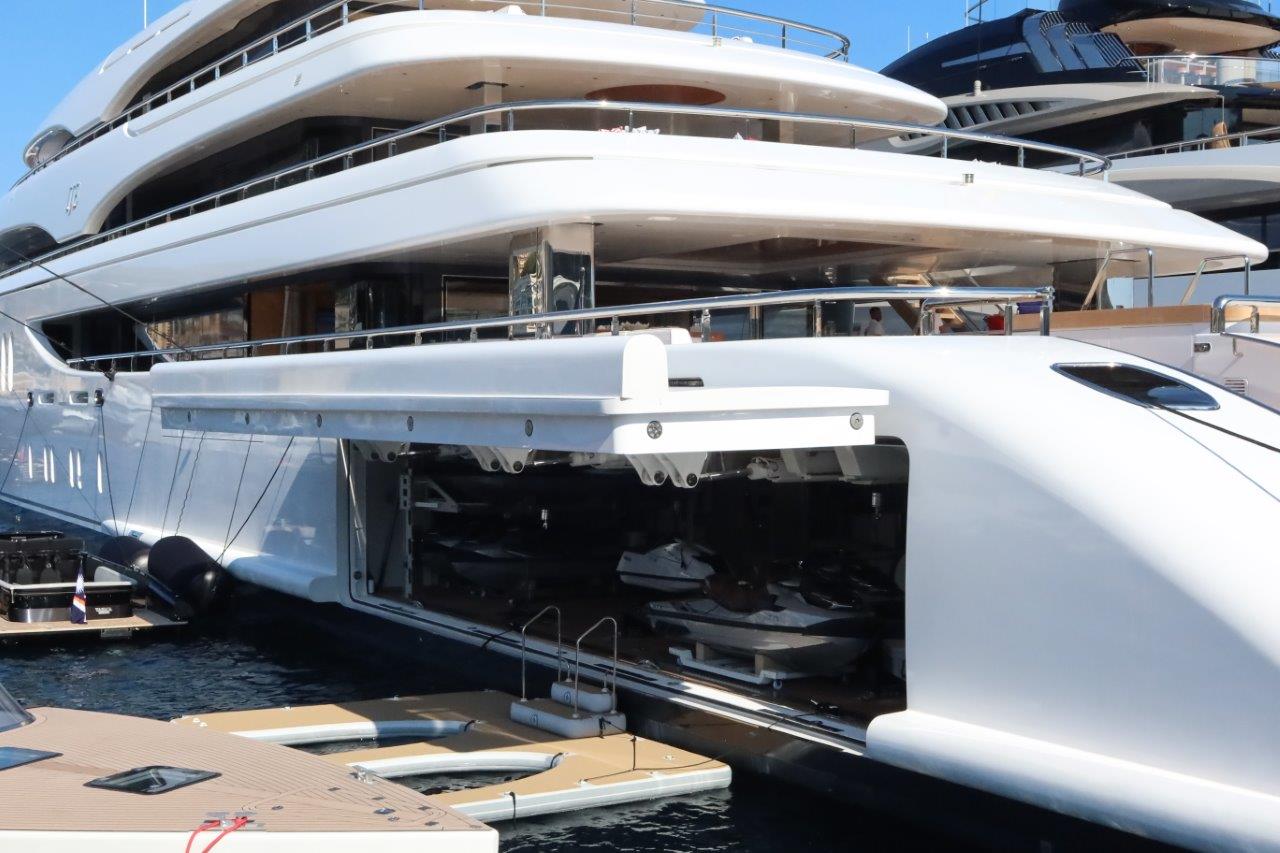 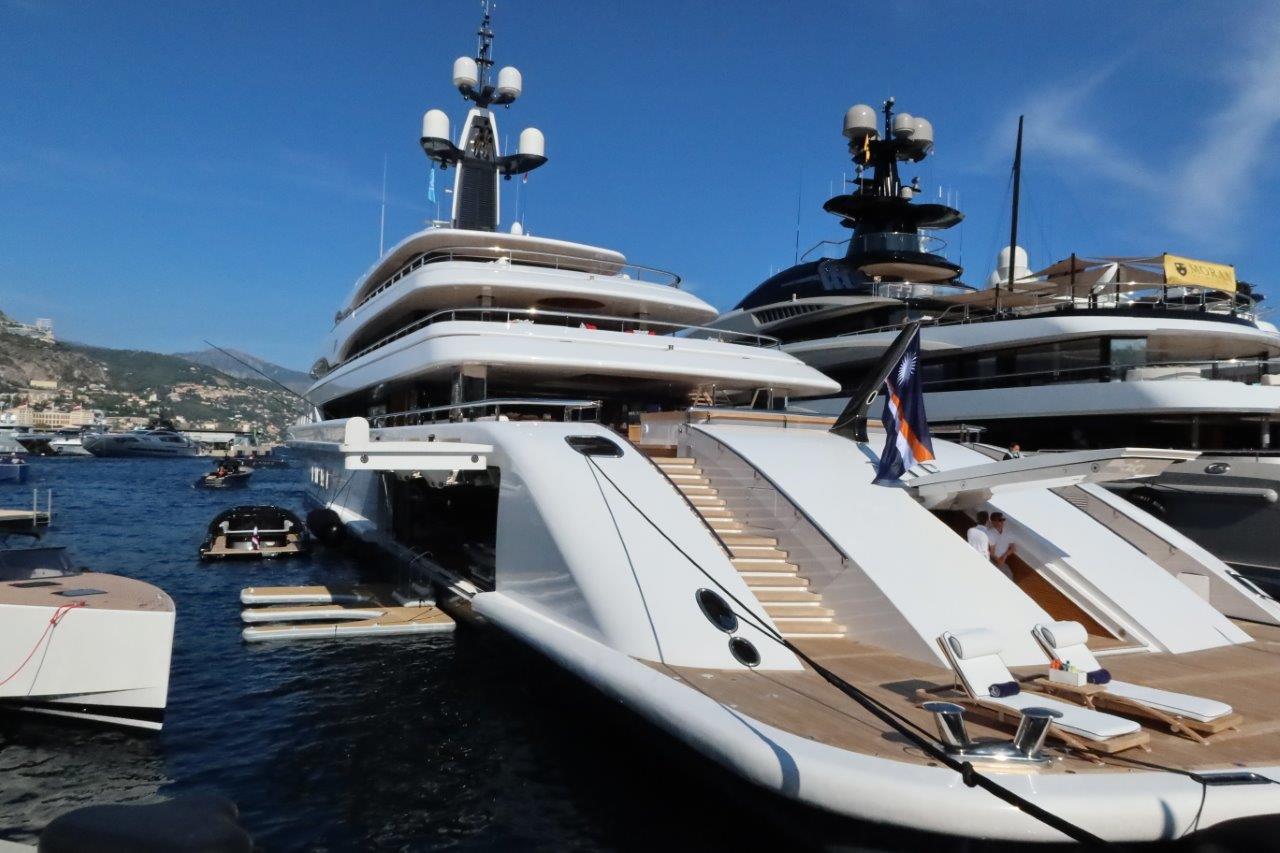 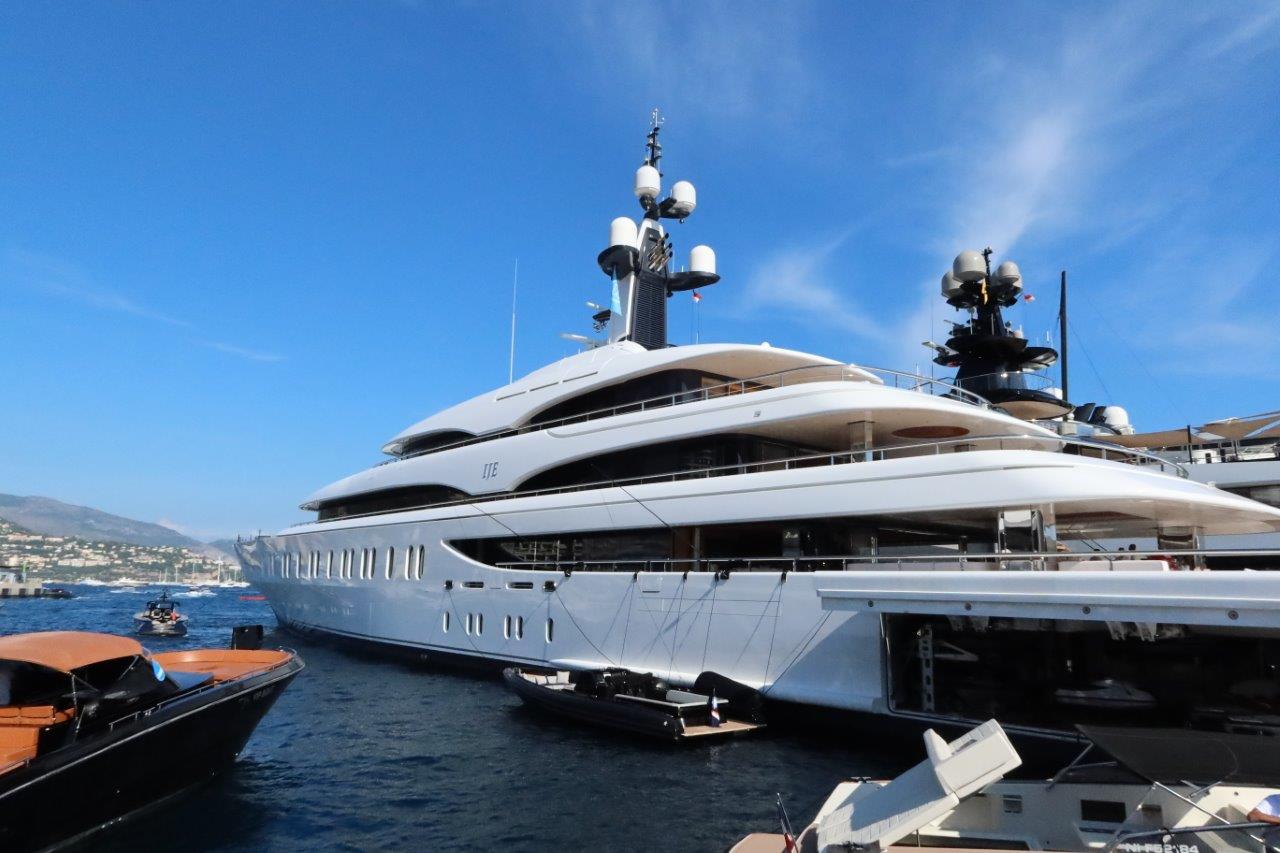 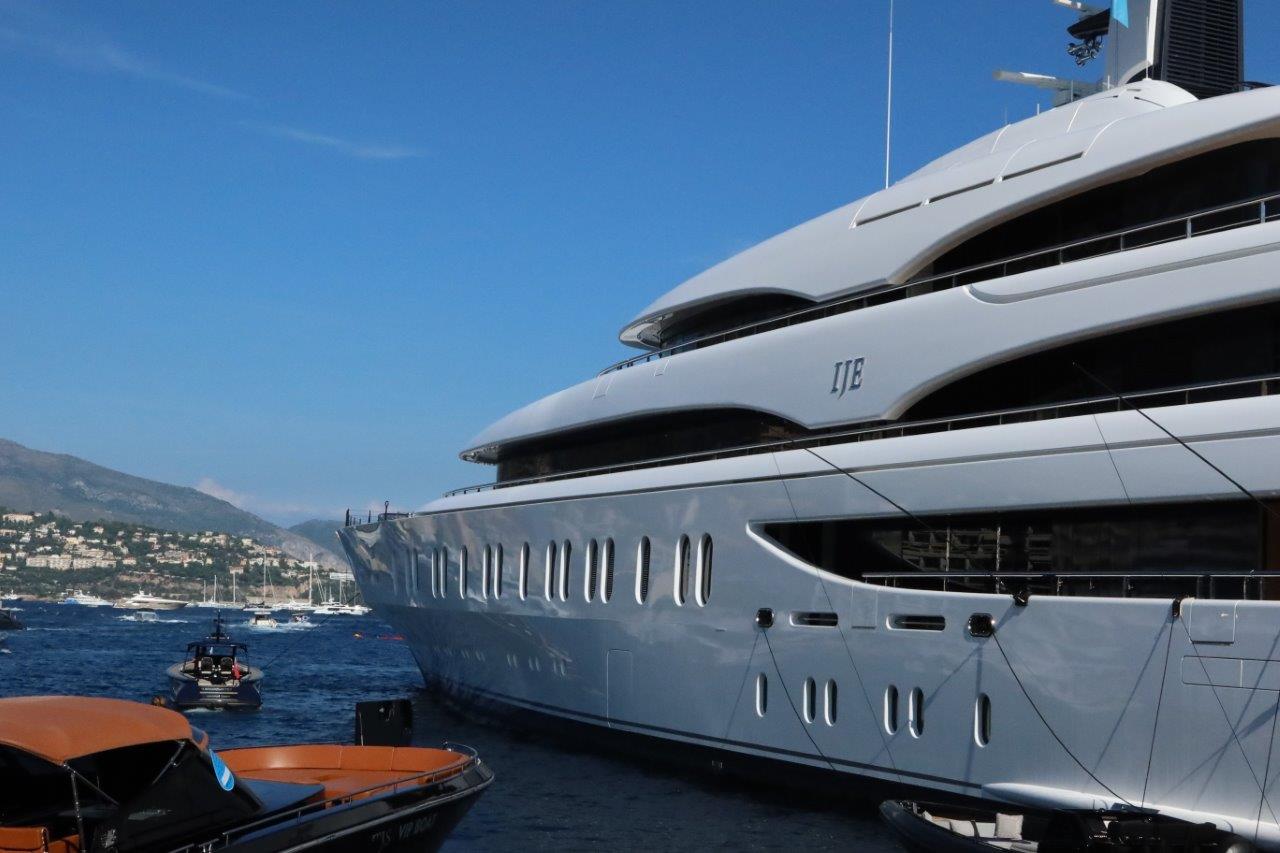 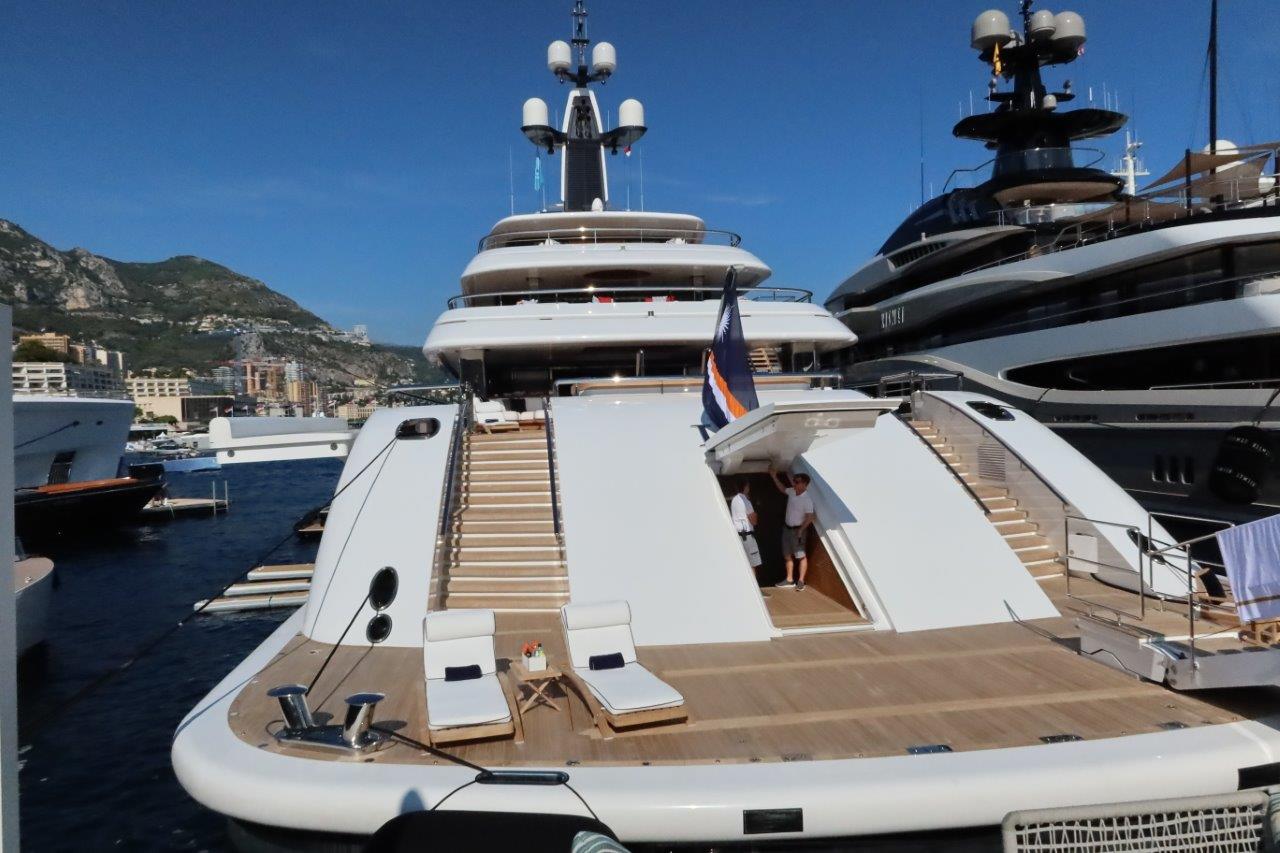 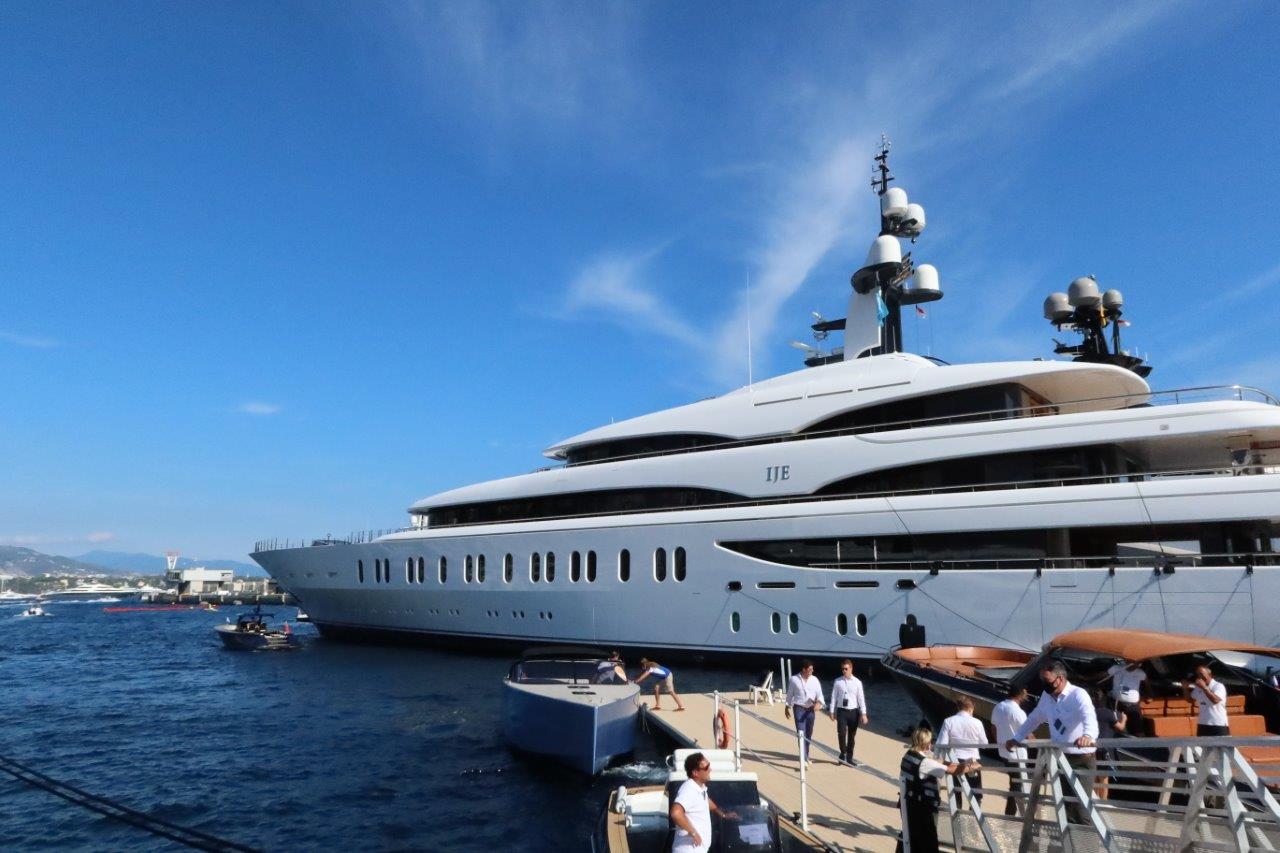 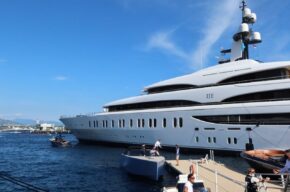 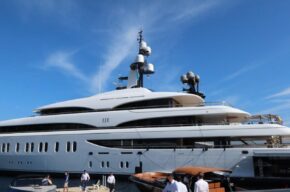 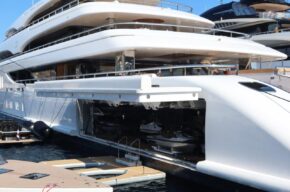 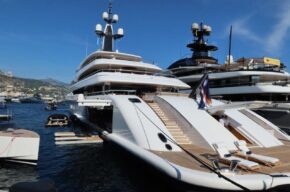 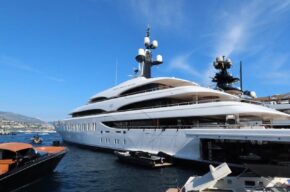 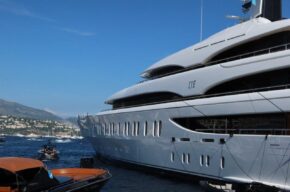 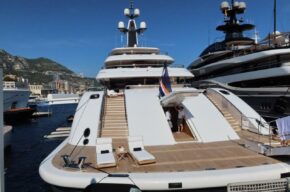 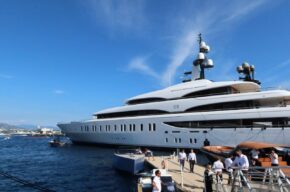 The company chose the Monaco show, an international event traditionally dedicated to super yachts, to highlight the brand’s work on large ships in steel and aluminium. And they announced an order portfolio of 16 yachts ranging between 50 and 100 metres.

With its 108 metres, the giga yacht, IJE, a FB275 model, was the flagship of the Monaco Yacht Show 2021. Its maximum beam is 15.5 metres and draught is 4.4 metres. The hull is in steel, while the superstructure is in aluminium. Its gross tonnage is 3,400 tonnes.

Propelling this ship full of luxury and comfort are two MTU diesel engines of 2,880kw each, with a cruising speed of 14 knots (6,500 miles autonomy) but, if pushed to maximum, IJE can reach 21 knots of maximum speed.

Filling the tanks takes 345 thousand litres of fuel, while fresh water tanks can hold up to 70 thousand litres. There is space on board for 22 passengers and a crew complement of 24. The IJE giga yacht is also outfitted with eight maxi jet skis, two 14-metre tenders and one 10-metre tender. Exterior design is by RWD, while the interiors are by Benetti Interior Designer.

THE SEASON OF STEEL

There are three main assets on which Benetti has built its strategy: building skill, technological innovation, and partnerships with well-known design and naval architecture studios. Strategic incentives that have allowed the shipyard to enjoy a period of extraordinary satisfaction and count on a portfolio of 16 units ranging from 50 to 100 metres in steel.

“Thanks to the experience we have with giga yachts – explains Marco Valle, CEO of the Azimut Benetti Group – we have made a further jump in quality, technology and image, which the market is rewarding us for. Now Benetti’s strategy is to continue with custom builds and grow with naval platforms up to 70 metres and beyond and at the same time, to proceed in adopting technology solutions aimed at sustainability, areas which we have been working on for over 15 years.”

Benetti presented a snapshot of the custom yachts currently being outfitted, including a 62-metre designed by Giorgio M. Cassetta with naval architecture by the Dutch studio,  Van Oossanen, and three 67-metres, based on the B.Century platform, previously used to the satisfaction of their owners for Metis, Triumph and Zazou.

“I am very satisfied – notes Giovanna Vitelli, vice president of the Group – with the results the market is giving to Benetti in the 50+ segment, confirmation that Benetti is, for all intents and purposes, ‘The House of Yachting’. These results mirror our dedication to the development of new models and the investments made in the Livorno shipyard over the last few years.”

15 YEARS AGO THE FIRST HYBRID PROPULSION

Considerable effort has been made by Benetti in developing hybrid propulsion solutions, aimed at increasing comfort and reducing emissions, an area in which the shipyard has been working for over 15 years.

Starting with the 65-metre Ambrosia, the first pleasure boating application of a diesel-electric system with Azipod in 2006, followed then, in 2016 with the 90-metre Lionheart, diesel-electric with lineshaft, and more recently, with two giga yachts, Lana (107 metres) and Luminosity (107.6 metres). This last one represents the biggest hybrid ever made in the world of pleasure yachting, combining the use of Azipods with diesel-electric engines and batteries.

The latest frontier in sustainable propulsion development put forward by Benetti is the E-Mode Hybrid system, developed through an exclusive partnership with Siemens and available, at the moment, on the B.Yond 37M. The benefits of the system are a significant reduction in emissions, easy management, reliability, and simplicity of use. Managed efficiently, on average, it can reduce Nox emissions up to 70%, and CO2 emissions up to 20%.

At the moment of the six B.Yond 37M units sold, three have been ordered with the E-Mode Hybrid system. The plan is to also offer the system on larger models of the same line. 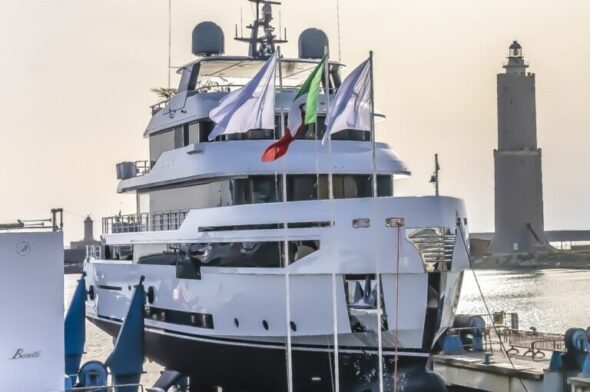 Benetti launches the first B.Yond 37M: “It is one of the most innovative boats ever built”

The Benetti B.Yond 37M represents the best in a new Voyager range, a true expression of the modern boat owner 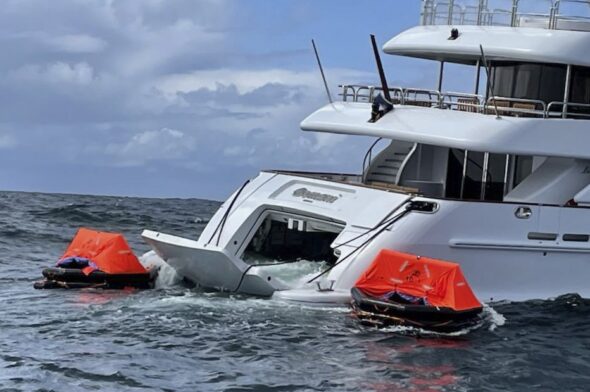 The megayacht “Domani” by Benetti in trouble: rescued by the American Coast Guard

“Domani” a 45-metre megayacht built by Benetti in 2004, was in trouble off the coast of Grays Harbor, Washington state, after a mechanical failure. The video 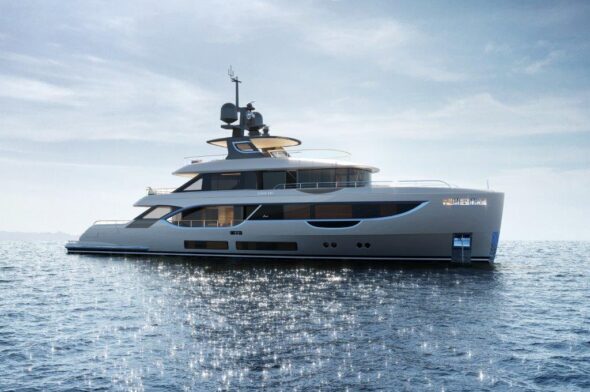 The first renderings of the Oasis 34M by Benetti, the super yacht with a private oasis

The Oasis Deck® by the Viareggio shipyard is the star of this new vessel’s layout, small in size but bursting with solutions 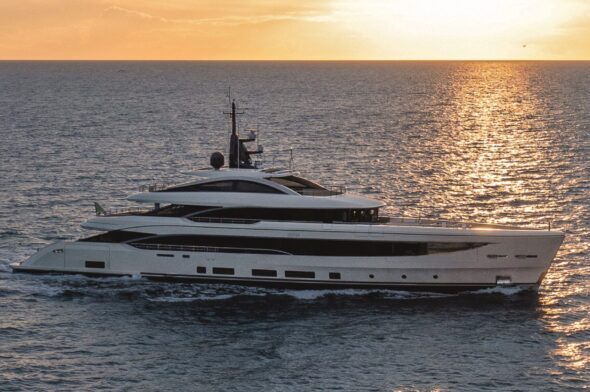 The B.Now 50M, “Iryna” by Benetti showcases an imposing yet sleek and sporty exterior design with modern interiors furnished with singular pieces 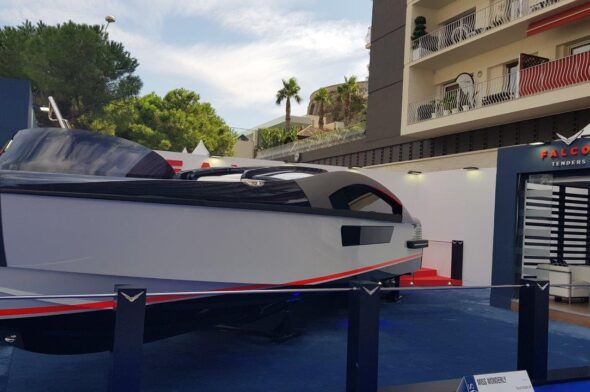 During the Monaco Yacht Show we saw “Miss Wonderly”, a 10-metre hybrid limousine tender by Falcon Tenders. Ideal for mega yachts of 100 metres and above 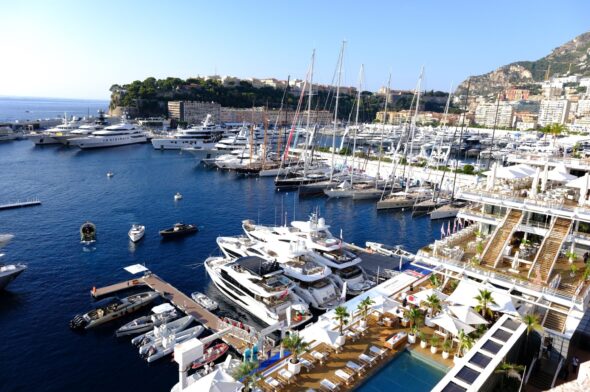 Monaco Yacht Show: the super yacht show where everything is possible. A lot of Italian stands – Photos by LN

We found a lot of Italian stands at the Monaco Yacht Show: operators and, above all, shipyards representing our country were at the event dedicated to the biggest yachts in the world