Boat leasing contracts increased by 21.9% last year, with a spike during the Genoa Boat Show that, Covid notwithstanding, was a huge success 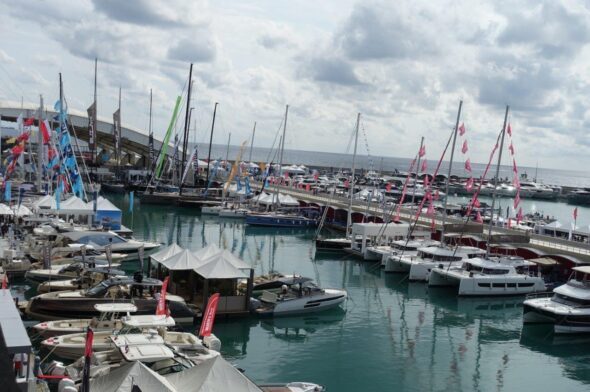 Did Covid turn 2020 into an “annus horribilis” for boating? Absolutely not. Rather, by analysing the data on boat leasing, the year that has just passed has once again closed with a + ahead of the percentage. A trend characterised by an uninterrupted rise, which began in 2013.

This year, Italy’s miracle came through the Genoa Boat Show, the only boat show in the Mediterranean that took place, notwithstanding the pandemic, which, in terms of turnover, had a higher performance and success than expected.

“Even in a year as difficult as 2020 – explained Marina Stella, general manager for Confindustria Nautica, during a press webinar – the dynamic for boat leasing was extraordinarily positive. Especially during the summer months after the Boat Show there was a spike in contracts.”

The data supplied by Assilea, the Italian association for leasing, demonstrate how between January and December 2020, boat leasing reached a turnover of 594 million euros (adding together pleasure boating, which makes up 95.7% of the total, and commercial boating), with an increase of 21.9% in signed contracts, a total of 398, compared to the year before. The economic value, instead, increased by 17.3%.

In seven years, from 2013 to 2019, new financing for leased boats has nearly tripled, rising by 280%. The increase continued in 2020, the year in which pleasure boating alone recorded +19% both in number of contracts, and their value.

By analysing the length of the boat leasing contracts in 2020, according to the data collected by Assilea, it shows that between March and April, during the darkest months of the epidemic, the contracts reduced compared to the same period of the previous year. In May, the situation then aligned with that of 2019, while the summer months marked a rise in the value of leasing agreements. The real boom of signed contracts, was, however had at the beginning of October, during the Genoa Boat Show.

“The data from Assilea highlights the peak – notes Roberto Neglia, manager for institutional relations for Confindustria Nautica – tied to the Genoa Boat Show in October, the only one that went ahead in Europe during Covid, with a lot of effort and worries, but this data shows how much it meant for the market.”

Notwithstanding having started with uncertainty, 2020 was a Boat Show in which there were a number of transactions, and the satisfaction of the participants was higher than the expectations in regards to numbers, quality of visitors, and contracts signed, which, in the case of large vessels, was almost always through leasing.

Boat leasing trends in 2020, compared to the same month of the year before. (Source: Assilea)

[Translation of the graphic: Monthly dynamic of the stipulated contract (% var. per corresponding month)