Alberto Galassi, chief executive officer for Ferretti Group, talks to Liguria Nautica about the Venice Boat Show and the boating industry: “The results for this semester will be surprising” “The boating industry is flying at supersonic speeds. I have never seen anything like it. I think that for this semester the results will be surprising for many. We are in a situation of financial stability like never before in our history. “ These are the words of Alberto Galassi, chief executive officer of Ferretti Group, during an interview with Liguria Nautica at the Venice Boat Show. He defines himself to be “An ideological founder, because I don’t believe there is a boat show out there of this calibre in the eastern Mediterranean “.

“Venice– notes the chief executive officer for the historic Italian brand – meets a number of important criteria “. Among these are transportation and mobility, both for reaching the city and travelling around the lagoon, as well as the large amount of art and culture, along with shelter from strong winds as guaranteed by the Arsenale Militare.

Ferretti has brought their motorboat flagship for the second edition of the the Venice Boat Show, the Ferretti 1000, which Alberto Galassi proudly describes as “proudly Italian. It has been a great success – he remarks – we didn’t expect such sales results, especially in such a short time.“ The first unit of the Feretti 1000, the one exhibited at Venice, belongs to a French owner, while it appears that the second unit has been sold to Luigi Brugnaro, the mayor of Venice.

Mr Galassi spoke of economic recovery. “For us– he explains to LN –, the pandemic is just a bad memory: the Group in a situation of financial stability like never before in our history. “.

Below is a transcript of our interview:

LN – Mr Galassi, the Venice Boat Show is now in full swing. You have really supported this show, and exhibitors also seem very happy. It seems like a great success.

AG – I was one of the first founders of the Venice Boat Show. An ideological founder, because I don’t believe there is a boat show out there of this calibre, from Slovenia, Croatia, or along the Adriatic coast of Italy. So I thought why is it that boat shows are only on the Tyrrhenian sea or in the middle of the Mediterranean, why is it that the east coast has none? Venice met a number of important criteria: hospitality, restaurants, shopping, access, high speed trains, the airport, the Arsenale for access to the sea. This is where some of the best boats have been built for 500-600 years, we won the Battle of Lepanto with ships built here. There are thousands of years of arts culture here, so on a rainy day at the show you can hop over to the museum, there is an art biennale alternating with an architecture biennale. I honestly believe it has as much to offer as France, and much more to offer than any other show on the Tyrrhenian. It is an excellent show, and honestly, we can’t leave half the Mediterranean with nothing.

LN – You really believe in this show. So much that you brought your flagship here, the Ferretti 1000.

AG – For us it was a rebirth. After months of closure, the opportunity of showcasing our boats was wonderful. Last year we were wanting to bring a Custom Line 30, but unfortunately we weren’t able to due to the circumstances. So as soon as we were able to open and share safely, we immediately brought to Venice the Ferretti 1000, proudly Italian, not only in name. And it has been a great success, we didn’t expect such sales results, especially in such a short time.

LN – Do you think boating is coming through the other side of the pandemic?

AG – The boating industry is flying at supersonic speeds. Boating, for those privileged and lucky enough to have one, is like having a private island, no matter what the size. It could be an island of 7 metres, or an island of 70. For us at least, the pandemic is just a bad memory. As for the results, I have never seen anything like it. I think that for this semester the results will be surprising for many. We are in a situation of financial stability like never before in our history. 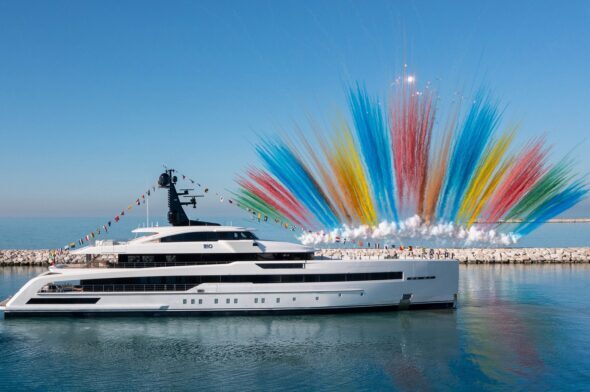 The super yacht Rio has been launched by CRN, a shipyard belonging to the Ferretti Group. It is 62 metres over four decks, baptised during an exciting private ceremony 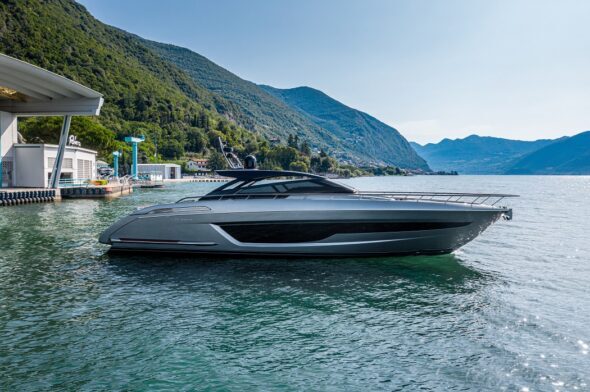 Riva presents the new Dolceriva hard top: a gem of design and comfort

The new Dolceriva hard top is an authentic display of style and elegance, perfect for a holiday sheltered from rain and heat. A singular and dreamlike experience ended the second edition of the Venice Boat Show. Full satisfaction from the exhibitors and the over 30 thousand visitors. Venice has solidified itself as the eastern gateway for pleasure boating 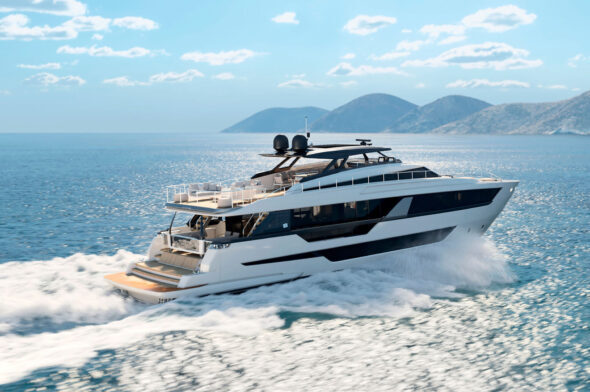 The flagships of the Venice Boat Show, sail boats, motorboats and electric boats

Only a few days until the 2nd edition of the Venice Boat Show opens at the Arsenale. This year sees a rise in number of exhibitors, a section dedicated to sailing, and a focus on electric propulsion Here is how to visit the Venice Boat Show, from 29 May to 6 June, safely and following Covid procedures. Advance ticket sales now open 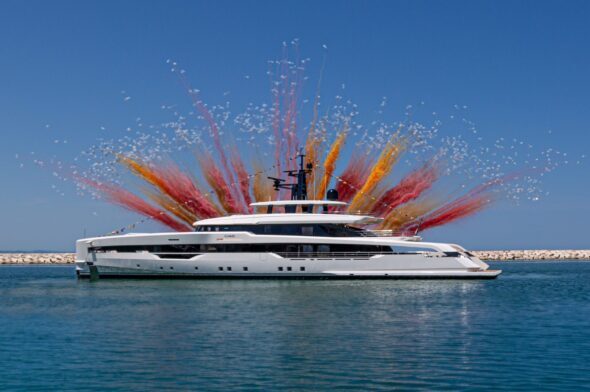